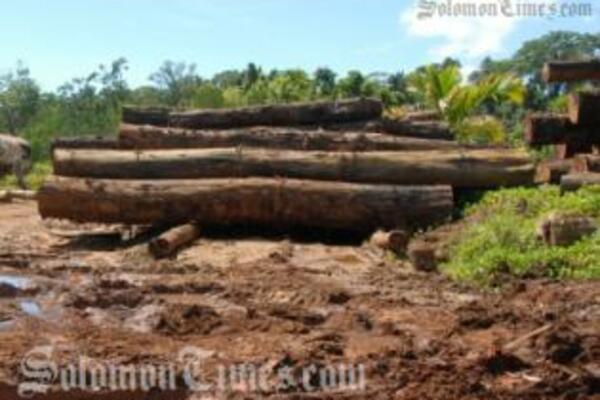 Kabutaulaka states that the decline in income from the logging industry is an opportune time to relook at our economy.
Source: japanfocus.org
Share
Tuesday, 18 December 2012 08:57 AM

The logging industry in the Solomon Islands has been the country's biggest money earner for the past 30 years.

Recently, however the government announced that logging revenue is expected to decline from next year.

A Solomon Islands political economist, at the University of Hawaii's Centre for Pacific Islands Studies, says this may not be a bad thing.

"The fact is that we cannot cut trees at the same rate that we have been doing since the 1980s, so it was bound to decline at sometime. So the prediction that it would decline in 2013 is nothing knew, although I must say, however, that low production has actually increased last year and it would be interesting to see what happened this year. I don't have the statistics for 2012, but in 2011, log production increased. But there was also a significant increase in log prices and so when you see an increase in log prices, you also see a significant increase in log production, making it much more unsustainable," says Dr. Kabutaulaka.

"If you look at the share for commodities exported in 2011, you will notice that log makes up for about 46 per cent. The other industries make up the rest. Mining made up for about 16%. So the share that the logging industry has is quite significant and so it will impact government. It will also impact landowners. I think they will be both negative, as well as positive impact, negative impact in the sense that a source of revenue for some landowners will no longer be there. But at the same time, logging has had a lot of negative impacts in terms of social conflicts within communities. Perhaps the absence of logging is not such a bad thing after all."

While asked if Solomon Islands will be better off looking at other industries to bring in revenue in the absence of the logging revenue and the country's single mine industry, Kabutaulaka stated that Solomon Islands can still make it.

"I mean Solomon Islands economy, like the economy of a lot of Melanesian countries, Papua New Guinea, Solomon Islands, in particular is dependent largely on natural resource extraction and there's a problem there."

"There's a problem in that if you look at countries around the world, countries whose economies depend largely on natural resource extraction and export tend not to do very well economically and tend to have social conflicts as well. There is a whole discussion around this in which political scientists, economists and geographers and so on have come to describe this as resource curse, that the more you're dependent on natural resources, the more you have problems in terms of economics, in terms of social conflicts as well."