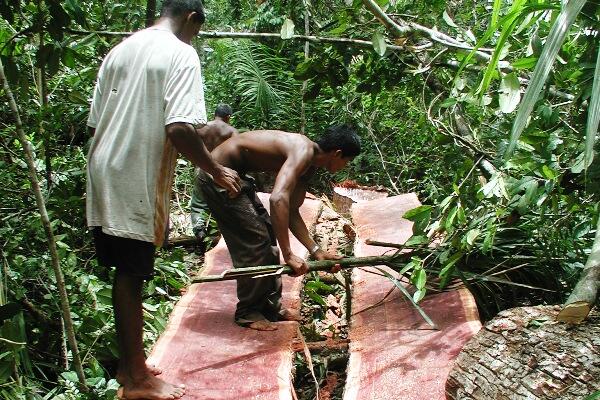 It is now widely accepted that the battle against climate change cannot be won unless global deforestation is halted.
Source: Photo supplied
Share
Thursday, 21 February 2013 08:52 AM

The Pacific-wide environmental programme or SPREP says the Solomon Islands government must be pressured to change its approach to logging.

A report prepared by SPREP and other agencies in consultation with communities in Choiseul province has found that logging is reducing their ability to counter the impacts of climate change.

SPREP’s ecosystem-based adaptation officer Paul Donohoe says although logging legislation passed in recent years is robust it is not being enforced.

Paul Donohoe says Solomon Islands has been thoroughly logged and Choiseul is one of the few provinces that still has a fair stand of primary forest.

Other experts have also confirmed the adverse effects of unsustainable land use and climate change. Daniel Nepstad, an ecologist at the Woods Hole Research Centre in Massachusetts, said only a cut in greenhouse gases can save the world’s wildlife.

"Evidence shows that the world's natural ecosystems will undergo profound changes — including severe alterations in their species composition — through the combined influence of climate change and land use," he said.

“Conservation of the world's biota, as we know it, will depend upon rapid, steep declines in greenhouse gas emissions."

The study, which looked into the combined effect of both global warming and deforestation, found most species are in danger of extinction.

It is now widely accepted that the battle against climate change cannot be won unless global deforestation is halted.