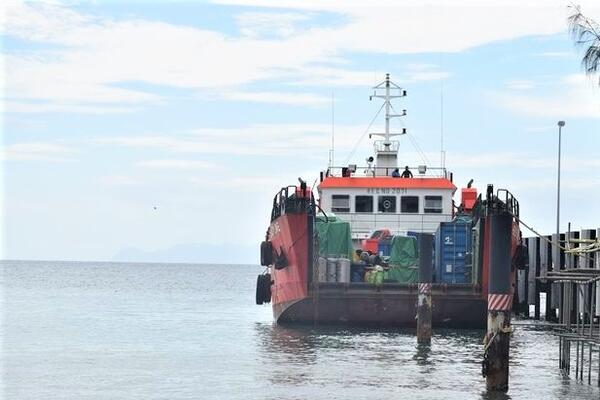 The Intercepted landing craft anchored at the Police Maritime base during the lockdown.
Source: Supplied
Share
Tuesday, 07 September 2021 10:03 AM

Police has assured the public that the recently released logging landing craft owned by a logging company will be held accountable.

Deputy Commissioner (DC) National Security and Operational Support Mr. Ian Vaevaso says, “The vessel was released after it was held by Police beyond the 72 hours that was authorised under the lockdown order.”

DC Vaevaso says, “This does not mean that the vessel will not be held accountable for the breach of the lockdown.

"The decision to charge the vessel was made after the Solomon Islands Maritime Authority (SIMA) produced a technical assessment report that there is no excuse for the vessel to travel to Honiara during the lockdown.”

He adds, “The captain and crew are investigated by the National Criminal Investigation Department (NCID) and will be charged as soon as all the evidence is collected.”

The public had been critical of the decision to release the logging landing craft, some say the owner of the landing craft is a bigtime logger, leading many to speculate that he used his influence to have his vessel released.