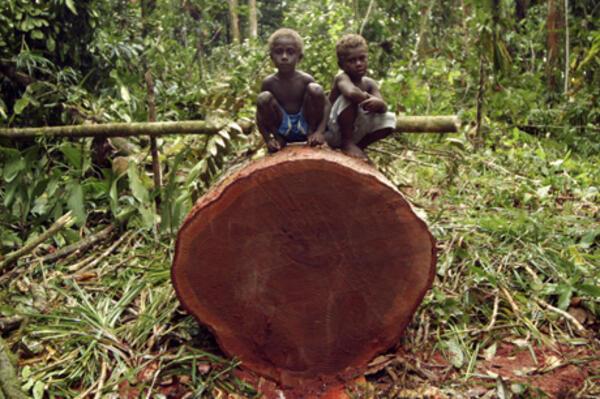 Logging in the Solomon Islands has been running at more than the sustainable rate.
Source: panos.org.uk
Share
Monday, 15 July 2013 07:59 AM

The Central Bank of Solomon Islands has confirmed that 14 logging company accounts held by commercial banks in the country have been closed.

However the bank says it cannot comment on what prompted the closure of the accounts.

Contrary to a previous report, the Central Bank has clarified that it is not investigating the matter as the accounts were held by either Westpac Banking Coporation, ANZ or Bank South Pacific.

A spokesperson for the Central Bank, Raynick Aquillah, says it has advised the logging companies behind the terminated accounts to stop exporting.

“They have no accounts to receive the export proceeds of logging exports. So the ministry and the Central Bank advised them not to continue export because if they continue to export then the payments for these log export proceeds will come into the country.”

Raynick Aquillah says some of the logging accounts have been closed since November.

Radio New Zealand's correspondent, Ms. Dorothy Wickam says a forestry industry source had told her there were concerns regarding how the logging companies behind the closed accounts were operating or whether they were licensed.