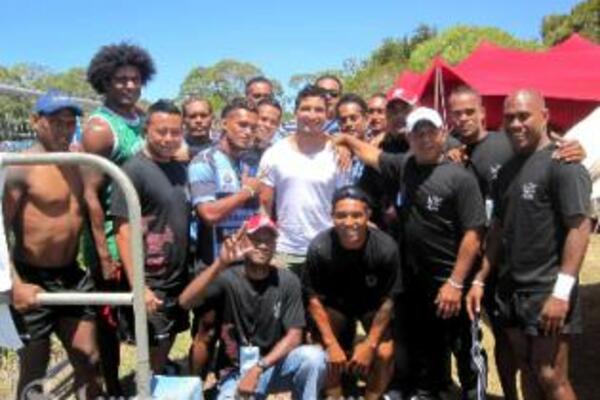 A local rugby club, Avaiki Rugby Club, has recently returned from Australia having competed in a club/country international sevens tournament - the Noosa International 7s on the 12th-13th November 2011.

The Noosa International 7s is a two day tournament targeting professional, representative and Premier Grade teams from around the world.

Avaiki RC competed well despite early defeats to Australia and Island Breeze - a group of young professional players based in Queensland.

The two wins put them into the bowl semi-finals but went down in a gutsy loss to Parkes Fiji 24-14, a team consisting of national and international players from Fiji playing in New South Wales (NSW).

The Avaiki RC, having reached the semi-finals, has qualified for another club and country tournament, the Gold Coast Sevens, which is held straight after Noosa Sevens.

"A huge positive from the tour is the fact that we have proven to ourselves that we can play at such levels...so we will definitely return next year and compete in both tournaments," a statement from the Avaiki RC reads.

"We give credit to our boys for their discipline, both on and off the field, and for their gutsy performance in such a high level competitive rugby."

"We also acknowledge our official sponsors - South Pacific Oil - for their support during the HRUA season."

"We also thank the Australian High Commission office in Honiara for their support and recognition of the importance of such sporting tours in exposing sporting talents from Solomon Islands."

Avaiki RC says that they are in talks with at least two sponsors in Noosa who are keen to support the team when they return next year.

"Overall we wish to give all the glory to God for such blessings, guidance and protection, especially for a successful first outing in Noosa, Queensland."