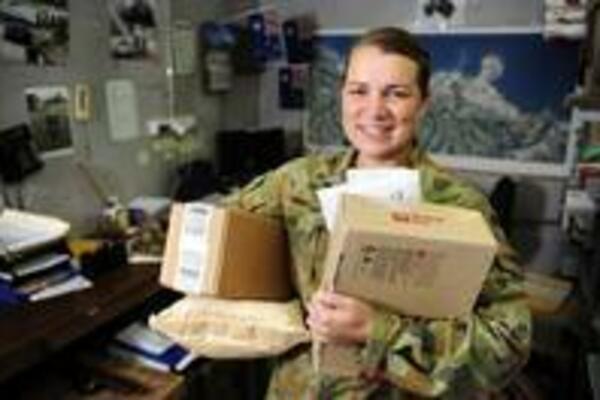 Tumby Bay residents in Australia will be pleased to see the return of their local Post Office manager Danielle Morton, who is back home after running a post office for deployed officers in Solomon Islands.

Danielle, a private in the Army Reserve at Port Lincoln's 9CSSB Depot, was a postal clerk on Operation Anode, the Australian Defence Force's contribution to maintaining stability in the Solomon Islands.

Private Morton said even though she did a 10-day Army Postal Clerk course at Townsville before she deployed to Solomon Islands, it still felt strange running a cashless military post office.

"It just felt funny not charging people to send a parcel," she said.

One of the highlights of her deployment was interacting with the local community on her three times a week 'postie run' into Honiara, Solomon Islands' capital.

"I really enjoyed the PR side of it when everywhere you go the local people see you in uniform and smile at you," she said.

"And it's great to see the excitement the diggers get when they receive a parcel from home."

Her great-grandfather was decorated for bravery during World War I, her grandfather later served as a sergeant in the army and her father, Michael Bradford, served for 15 years as a truck driver in the Army Reserve.

She said she was interested in joining the police when she left St Joseph's School at 18.

"Our local policeman suggested I join the Army Reserve to get some life experience, so I did and I've never looked back," she said.

While Mrs Morton was missing her husband Alistair, she said it was fun getting letters from him.