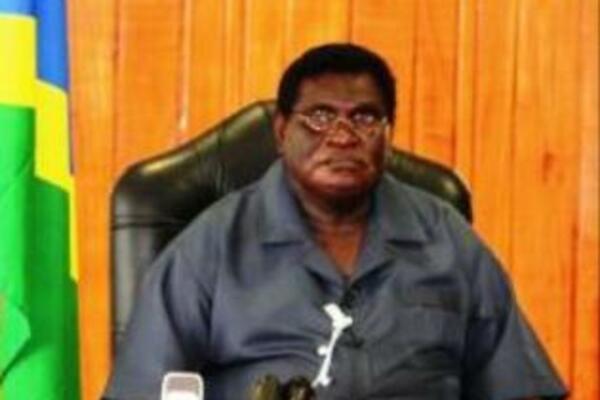 "These are difficult times for our people and they desperately need our help."
Source: STO Archives
Share
Thursday, 18 August 2011 08:49 AM

Prime Minister Danny Philip has lashed out at allegations of "undue influence" levelled against him by the MP for East Honiara Douglas Ete.

Ete alleged that the Prime Minister had used "undue influence" in his intervention to assist a local bakery shop that owed millions to the Electricity Authority, SIEA.

Ete said that the Prime Minister's letter to the Board of SIEA asking for leniency to Ex-Field Bakery is a clear indication of favouritism which he says amounted to a misconduct in office.

However, Prime Minister Danny Philip says that the latest barrage of criticisms levelled against him by MP for East Honiara is "nothing more than a smear campaign."

The Prime Minister said that such local companies "need our assistance not condemnation."

"My only vested interest in the company is to see that it is viable and successful," said the Prime Minister in a prepared statement. "These are difficult times for our people and they desperately need our help."

The Prime Minister said that he wrote the letter to SIEA after seeing the desperation of a local businessman trying to make ends meet. He said there was nothing sinister about his letter, just assistance to a struggling business.

The Prime Minister said that to suggest that he will be awarding Ex-fielders the contract to provide bread for the upcoming Arts Festival is simply wrong.

"They will have to compete like any other business, but to convince SIEA I threw in that possibility of a major event that could boost sales for them," said Prime Minister Philip.

"While I do strongly support foreign investors I will never lose sight of Solomon Islanders who struggle everyday to grow their own business."

The Prime Minister said that he does not do such favours for "kickback" but because they are Solomon Islanders in a very desperate situation.