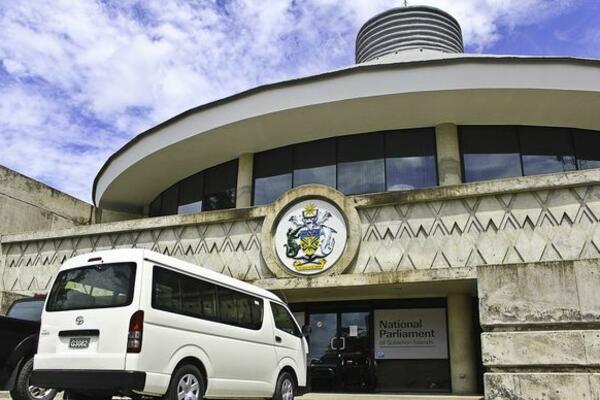 “Already four political parties have formed a coalition, and they have made it public, and have complied and submitted necessary documentations to the Commission,” he said.
Source: radionz.co.nz
By Tony Kando
Share
Wednesday, 03 December 2014 08:00 AM

Lobbying for the position of Prime Minister and the right to form government has intensified with both camps claiming to have the numbers.

A well placed source says that it appears that the Solomon Islands People’s Democratic Coalition (SIPDC) still has the numbers.

“They still have the numbers, a date has been announced by the GG and what people need to remember is that an agreement has been signed by the SIPDC, there are only few Independent MPs causing uncertainty when they have not committed to any of the camps,” he said.

He says that it is important for people to remember that there are only five political parties recognized by the Political Parties Commission, which can form government. They are the Solomon Islands Party for Rural Advancement (SIPRA), the Democratic Alliance Party (DAP), People’s Alliance Party (PAP), Solomon Islands People First Party (SIPF) and the United Democratic Party (UDP).

“Only these parties can form government, so a good majority of Independents have already joined these parties but there are a few Independent MPs causing this uncertainty by not making a commitment.

“Already four political parties have formed a coalition, and they have made it public, and have complied and submitted necessary documentations to the Commission,” he said.

“So if there are talks of another coalition emerging than it would be quite interesting since only the UDP is currently in the other camp, and what I know is no party in the SIPDC has rescinded its membership in writing to the coalition leadership.”