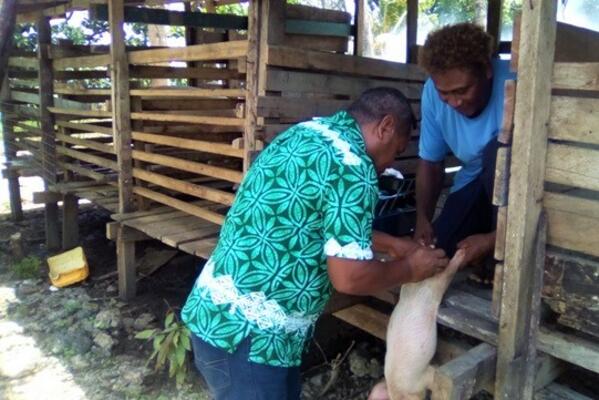 An officer from the livestock team conducts the castration procedure with the aid of the piggery farmer.
Source: Supplied
Share
Thursday, 28 January 2021 09:01 AM

The Livestock Department within the Ministry of Agriculture and Livestock (MAL) remain committed to its responsibilities as it continue to provide Livestock and Veterinary services to livestock farmers in the country.

The team also used the opportunity and provided the piggery farmer with free advisory services.

Mr. Lazarus said the undertaking is part of the ongoing activities of the Ministry (MAL), Livestock Department to support animal farmers with veterinary services such as treatments, castrations, feed formulation and other general livestock advisory.