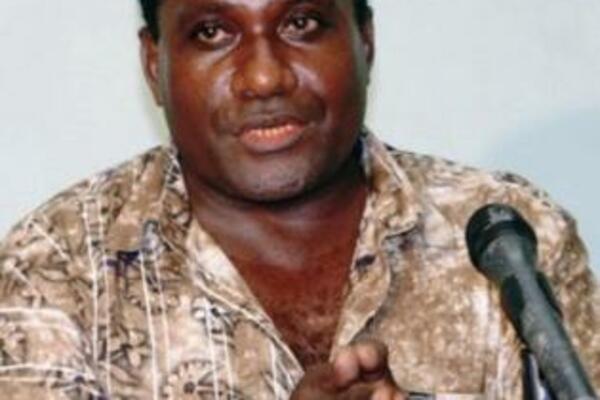 "I would like to make this very clear to the people of this country, Minister Lilo as Acting Minister of Fisheries, did not compound the offence to Haizhen," Mr Lilo said.
Source: STO
Share
Wednesday, 05 January 2011 08:45 AM

Minister of Finance and Treasury Gordon Darcy Lilo has lashed out at accusations of corruption leveled against him over the bêche-de-mer issue.

In a press conference held at the Ministry of Finance late yesterday afternoon Mr Lilo said that people are being misled over the whole issue.

"I would like to make this very clear to the people of this country, Minister Lilo as Acting Minister of Fisheries, did not compound the offence to Haizhen," Mr Lilo said.

It is understood that the initial compounding charges came from the former Fisheries Minister, under the CNURA Government, Severino Nuaiasi.

Minister Lilo explained that it was in fact a fresh application from Haizhen for leniency on the fine of $200,000 dollars, imposed by the previous Minister, in which he decided to take to Cabinet for a decision.

"That was a first request by Haizhen...I got in there as the Acting Minister for Fisheries, following that very unfortunate departure of our colleague from North Malaita. So when the matter was brought to my attention, I could not exercise any more power to compound the offence."

Minister Lilo explained that since the decision to compound the offense was made by a previous Minister, acting within his powers, the best he could do was take the matter to cabinet.

"Is that decision by Cabinet irresponsible? I do not think so, and I am disappointed to hear leaders, like the leader of Opposition telling Cabinet that it stupid for them to make that decision. We expect all leaders to make sound judgment on issues. We don't expect them to fall victims to misinformation that have made them to make such a statement and make a fool of themselves," Mr Lilo said.