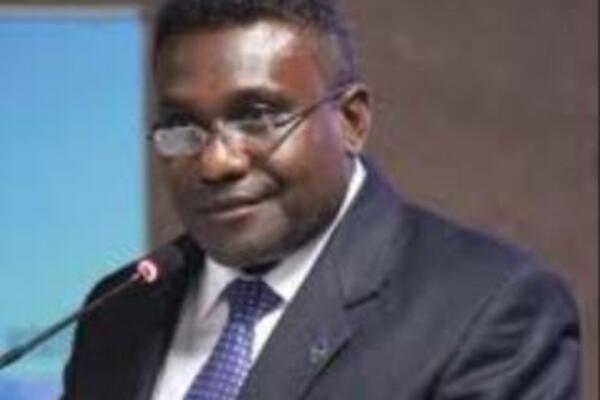 Hon. Lilo says his Government looks forward to any communique or conclusions reached from the meeting.
Source: coraltriangleinitiative.org
Share
Wednesday, 07 November 2012 08:09 AM

The Solomon Islands Prime Minister, Hon. Gordon Darcy Lilo said the theme of the 20th Pacific Judicial Conference underway in Honiara "Strengthening the rule of law, justice systems and democratic principles" is both relevant and timely.

These were his words during his opening address at the Judiciary Summit held at Heritage Park Hotel in Honiara yesterday.

Mr Lilo said the theme is relevant because all jurisdictions represented at the meeting experience challenges to the rule of law, justice systems and democratic principles.

He said this is because of new technology, availability of resources, complexity of offences and transnational nature of crime to name a few. He said at the United Nations General Assembly in September this year, for the first time, the General Assembly convened a High Level Debate on the Rule of Law.

Mr Lilo said this demonstrates the importance of this principle in the conduct of actors both at the international and domestic level.

He said in Solomon Islands, where there are competing principles of customary law and the introduced systems of state law, more than ever, there is need to strengthen these basic principles of democratic governance.

Hon. Lilo says his Government looks forward to any communique or conclusions reached from the meeting.

The conference provides a forum for Chief Justices and their delegates from the Pacific Region to come together to discuss common issues of interest to them and their respective jurisdictions. Solomon Islands Chief Justice, Sir Albert Palmer is hosting the 20th Pacific Judicial Conference.

It also plays a key role in further cementing relationships between judiciaries in the Pacific and maintaining the momentum and enthusiasm for reforms being facilitated under various Forums and Programs within the region.

The three days conference is being held at the Heritage Park Hotel from yesterday to Thursday.

Deliberations and discussions will focus on the conference theme, "Strengthening the Rule of Law, Justice Systems and Democratic principles".

It says conference deliberations will allow speakers to present papers on the set session topics including "Ethical Issues confronting Judges"; "Separation of Powers"; "Access to Justice"; "Judicial Leadership" which all supports the theme, "Strengthening the Rule of Law, Justice Systems and Democratic principles".