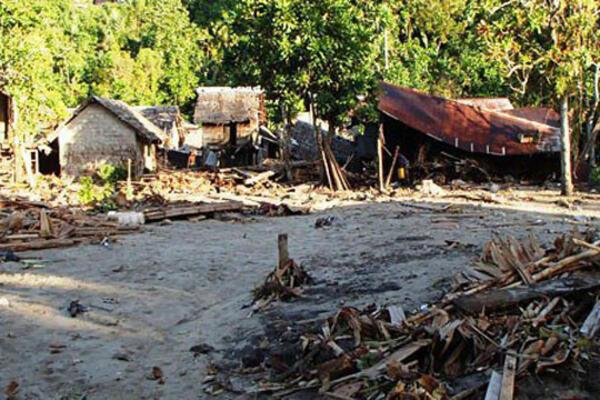 Prime Minister Lilo said in the long term the country's focus will be on reconstruction of health and education infrastructure, coastal roads and support towards shelter recovery plans for the affected communities.
Source: stuff.co.nz
Share
Tuesday, 26 March 2013 07:57 AM

The Hon. Gordon Darcy Lilo has donated $500,000 on behalf of the National Coalition for Rural Advancement Government towards the Temotu Tsunami telethon fundraising effort co-hosted by the Solomon Islands Broadcasting Corporation and the Solomon Islands Chamber of Commerce over the weekend.

Launching the drive at SIBC's Recreational Center, Prime Minister Lilo said in the long term the country's focus is on the reconstruction of health and education infrastructure, coastal roads and support towards shelter recovery plans for the affected communities.

He recalled that the disaster has claimed the lives of 9 people, leaving 13 injured and thousand others homeless.

Mr Lilo said Temotu province is a strategic location for the economic and social development aspirations of the sovereign state of Solomon Islands.

He urges business houses, state actors, communities and individuals to make that contribution to support victims of the recent earthquake and Tsunami in Temotu Province