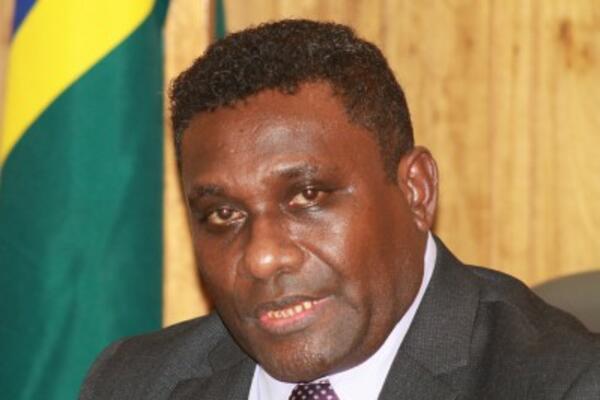 He was elected to the National Parliament of the Solomon Islands in 2001. He has held senior portfolios throughout his political career, including as Minister of Finance and Treasury.
Source: Photo supplied
Share
Friday, 21 November 2014 08:19 AM

Outgoing Prime Minister and MP for Gizo Kolombangara, Gordon Darcy Lilo, has lost his seat to Jimson Tanangada, a teacher by profession.

Jimson Tanangada ran a campaign on change, which struck a chord with voters in Gizo. He led comfortably in Gizo and performed strongly in Kolombangara.

Mr Tanangada is a teacher by profession at a high school in Kolombangara.

He built a career in the public service after graduating from UPNG, working his way up to become a permanent secretary for the Ministries of Finance and of the Environment. He under went further studies at the Australian National University, earning a Masters in Development Studies, before entering politics.

He was elected to the National Parliament of the Solomon Islands in 2001. He has held senior portfolios throughout his political career, including as Minister of Finance and Treasury.

On 16 November 2011, Lilo led a motion of no confidence and was elected Prime Minister of Solomon Islands, winning a majority of the 29 of the 49 eligible members of Parliament and defeating three other rivals for the office.