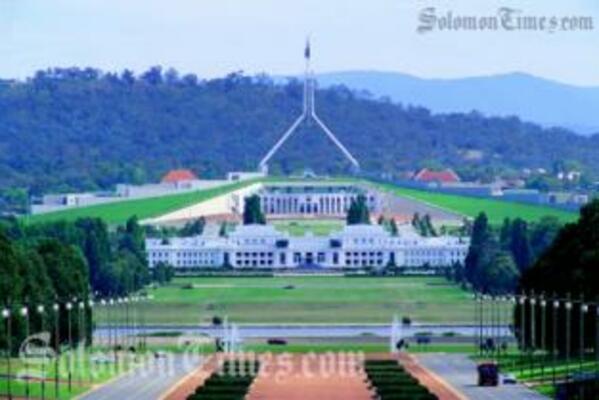 Hon. Lilo will be spending most of his time in Canberra on bilateral meetings with his Australian counterpart and varius senior officials.
Source: carhirecanberraairport.com.au
Share
Tuesday, 21 August 2012 11:08 AM

Hon. Lilo arrived in Australia on Sunday with his delegation with Australia's Foreign Minister Bob Carr, who also returned from his trip to the Solomon Islands.

To start off the tour, Hon. Lilo and his five man delegation were accompanied by the Australian High Commissioner to Solomon Islands, H.E Matt Anderson on the Royal Australia Air Force jet from Canberra to Charters Tower where they met senior officials from the region and met with members of the local community.

Mr. Lilo and his delegation had also received an overview on Charters Towers and the impact of mining industry from a local government perspective.

Speaking to leaders and stakeholders of the Charters Towers, Mr. Lilo said there are lessons, which Solomon Islands could learn especially in getting the people to understand the issues surrounding mining and how the benefits are shared amongst the stakeholders.

Today, he will visit the Australian Federal Police International Deployment Group, where personnel deployed to the Regional Assistance Mission to Solomon Islands (RAMSI) are trained.

The Prime Minister has also been invited to attend the Senate Meeting in Canberra where questions on the Solomon Islands will be raised during the meeting.

On Wednesday Mr. Lilo will have his meeting with his Australian counterpart Julian Gillard. It is expected that alot of bilateral issue and the Regional Assistance Mission to Solomon Islands will be discussed. Some areas of discussion will include; Solomon Islands and Australia Partnership for Development, Australia Seasonal Workers for Pacific Islands Countries, Trade and Visa issues just to name a few.

Prime Minister Lilo will also meet with the Leader of the Opposition Tony Abbott on the same day. On the same day he will also be presenting at the prestigious Australian National University, where he use to study on the Solomon Islands economy.