Lilo Acknowledges Involvement in Board 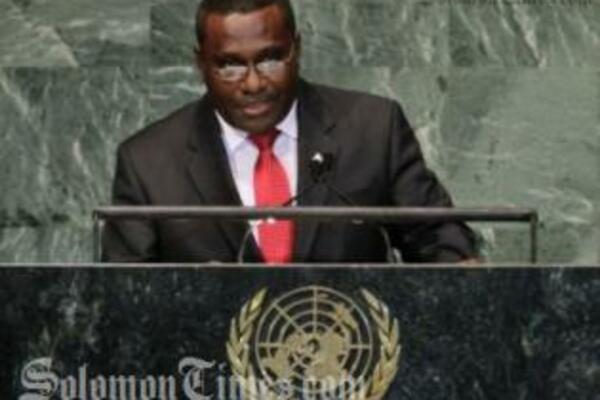 The Solomon Islands Prime Minister, Hon. Gordon Darcy Lilo has thanked the United Nations member states for their confidence in electing Solomon Islands to the Executive Board of UN Women.

Speaking at the UN General Assembly, Mr Lilo said Gender equality and empowerment of women are vital for the country, adding that the gender challenge has grown with time.

As such, the government has its own national gender programs that support the issue of empowerment.

He also welcomed the call by the Secretary General to convene the 2015 Global Conference on Women.

Solomon Islands and Australia will both take up seats on the UN Women Executive Board from 1 January 2013, providing a unique opportunity to increase the profile of issues facing women in the Pacific, in particular the prevalence of violence against women.

He says Solomon Islands looks forward to forward to working closely with Australia and the other UNWomen Board members in advancing the cause of women and girls.