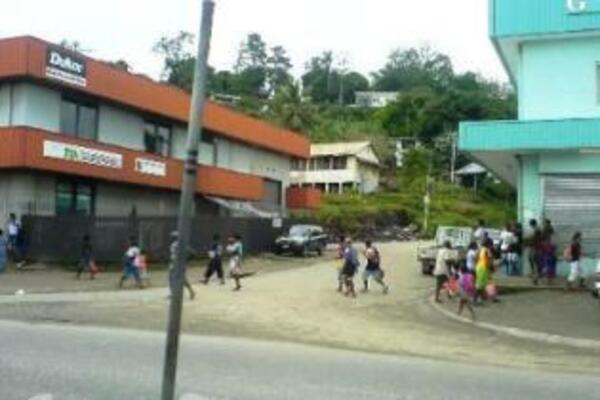 Already Solomon Islands have thirteen cumulative cases of HIV dating from 1994 to the end of December 2009.
Source: tripadvisor.com
Share
Wednesday, 02 June 2010 08:58 AM

Lack of funding should not weigh out commitment in the fight against HIV/AIDS, says the Director of Public Health.

Speaking at a meeting for stakeholders of the Solomon Islands National Aids Council Grants Committee, Dr Tenneth Dalipanda says sometimes lack of funds has been used as an excuse.

But he says the commitment of stakeholders is more important in the fight against HIV.

According to a 2010 country progress report submitted to the Special Session on HIV/AIDS of the United Nations General Assembly - the total spending relating to HIV/AIDS programmes in Solomon Islands for 2008 and 2009 has been just over SBD$9 million dollars.

The report was submitted by the Solomon Islands National Aids Council in March this year.

Of this cumulative number, eight are still living and five have died from AIDS related causes. SIBC News understands that another HIV patient died last week which would bring the AIDS related deaths to six.

Meanwhile, the Grants Committee of the National Aids Council is convening a reflection workshop for all its stakeholders in Honiara, starting today.

A statement from the Committee says the workshop is to reflect upon and evaluate the National Aids Council grants program towards its end year report.

The workshop is also expected to produce recommendations for future improvements and effective grant management and programming.

Director of Public Health, Dr Tenneth Dalipanda says "the reflection workshop is very important because the findings would form the basis of the future work of HIV/AIDS in the country."