LEARN and Play to Represent Solomons in Vanuatu Competition 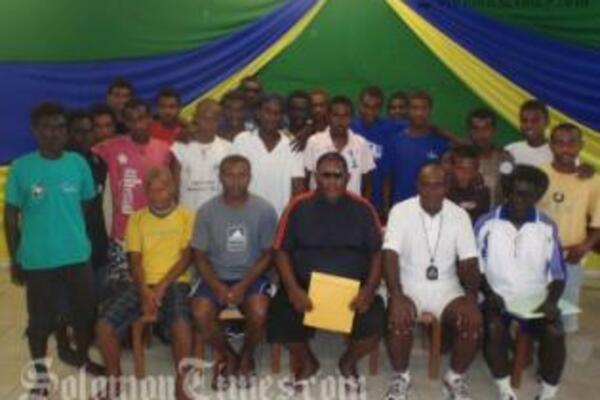 The select side has been in camp at the SIFF Academy since the 19th of December. The team will remain in camp until the 12th of January when they will fly to Vanuatu for the tournament.

Five other teams will be taking part in the U15-U16 TVL International Tournament which will start on the 16th of January, 2010.

The New Caledonian National Youth Squad, Mariners Professional Australian Club of Australia, Vanuatu Youth Olympic team and Vanuatu Academy North Provinces are the other teams in the competition. The tournament is organized by the Vanuatu Football Federation under the guidance of Yvon Avry.

Head Coach of the LEARN & play Team, Christopher Asipara, says that the team will work hard during the next 4 weeks to ensure that the country is proudly represented at the championship in Vanuatu.

'The kids have been undergoing football education in their respective schools under LEARN&play throughout the year but the level of training for the tour will be tougher and more intensive,' Asipara said.

The LEARN & play Select Team consists of students studying under SIFF LEARN & play scholarships in Aligegeo, Goldie College and King George the Sixth School. Each school is represented by 7 of their top players. Their preparation for the tour is being looked after by coaches employed under the project and working with the three named schools as permanent football instructors. King George the Sixth LEARN & play coach, Christopher Asipara, is leading the team.

This is the first international tour for the team and it is an opportunity to test the quality of the training the students have had under the LEARN&play scholarship program.

Earlier this year the LEARN & play team impressed observers when they took part in the Our Telekom High Schools National Championship. Although the players were young they displayed a level of skill that has been unprecedented in their age group.

The LEARN & play project MOU requires that a team from the project conducts at least 1 international tour. According to the Project Manager, Phillip Ohoto'ona, all costs for the trip will be funded by the LEARN&play project.

'This trip answers a big requirement of the project and it is fully funded by the LEARN & play,' Ohoto'ona said.

The team will certainly meet tough opposition in this high quality competition which features some of the best youth level football players in the pacific.