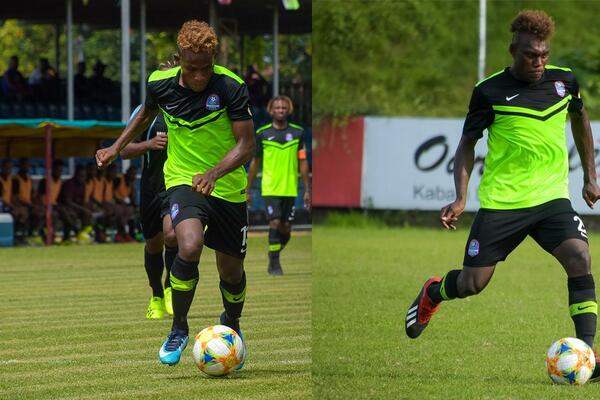 It is a personal decision from both players as they want to explore other options.
Source: SIFF
Share
Thursday, 30 January 2020 09:16 AM

Raphael Lea’i and Leon Kofana have decided to stay with Henderson Eels for the OFC Champions League after turning down the offer to continue study and train at Wellington Phoenix this year.

Lea’i and Kofana were awarded full scholarships last year to study at Scots College and trained twice a week with Wellington Phoenix academy side.

The Wellington-based institution extended their sponsorship for another year but both players have decided to remain in Honiara and didn’t board their fight on Tuesday (28th January 2020).

Scots College is an independent day and boarding school with a Presbyterian heritage. As an International Baccalaureate World School, they offer a dual qualification pathway with a truly global perspective. With three distinct schools within one College, they are well-positioned to provide a world-class education to help each student reach their all-round potential.

Students are provided with opportunities in many areas to develop their potential across academia, sport, culture, service, and spirituality.

Wellington Phoenix Academy has had produced most of New Zealand’s professional footballers who go on to play professionally in Asia, America, and Europe.

It is a personal decision from both players as they want to explore other options.

“We want to stay with Henderson Eels for the OFC Champions League,” Lea’i said.

“It was a good experience for us during our time in Wellington but this year we want to try something different.

“I want to encourage any Solomon Islander who wants to study in New Zealand to attend Scots College because they have a very good program.”

Meanwhile, the young lads are part of the Henderson Eels team currently preparing for the OFC Champions League Group B in Vanuatu next month.