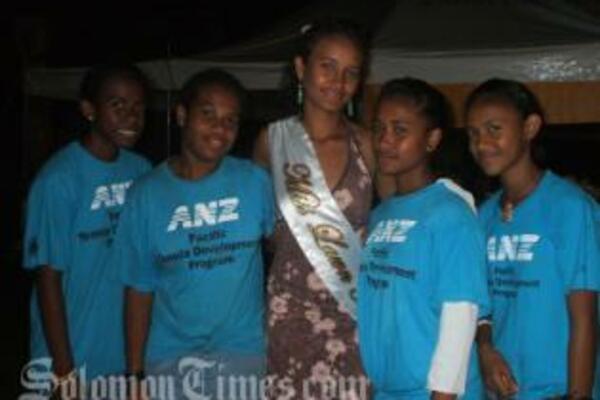 The federation's drive was led by Miss Lawn Tennis, Emma White, with support from Solomon Breweries Limited and Solomon Airlines.

The fundraising event was aimed at raising funds for the federation's team to the South Pacific Mini Games in the Cook Islands in September this year.

A number of activities took place during the weekend fundraiser including the selling of raffle tickets with a chance to win two return air tickets to the Cook Islands Mini Games.

A total of seven sporting federations have been selected by the National Olympic Committee (NOCSI) to represent the country at the regional mini games.

Speaking to Express Sports earlier, NOCSI's president, Fred Maetoloa, said each federation would be led by their queens in their efforts to raise funds for their teams.

He said each federation would be represented by a queen during their fundraising efforts and added that the queen who led her federation to raising the highest amount of money would be crowned Miss Charity.

Mr Maetoloa said all seven federations would contribute 10% of the money they raised to the National Referral Hospital as part of their commitment towards helping the national hospital.

The NOCSI president said a judging night was also planned for the seven queens early next month.

He said the winner of the judging night would be crowned Miss Solbrew Sports and Culture 2009 and the winning queen would get the chance to participate in the upcoming South Pacific Pageant event in Fiji.