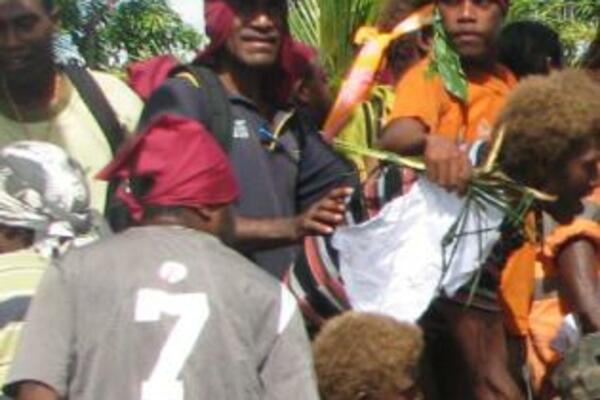 Sir Peter said he was saddened that an otherwise very peaceful and transparent polling day and had been interrupted at one counting station.
Source: STO
Share
Monday, 09 August 2010 09:15 AM

The Electoral Commission has received advice from the Attorney General that the count for Lau Mbaelelea Constituency must proceed until completed.

The advice was sought after supporters of a certain candidate interrupted counting in Auki on Saturday night and destroyed one ballot box.

The Chairman of the Electoral Commission, Rt Hon Sir Peter Kenilorea, said that unfortunately, the law did not give the Commission the legal power to order or direct re-election given the current circumstances, and appealed to candidates and supporters to allow the legal democratic process to proceed.

"The Attorney General has advised the Commission that the only provision in the National Parliament (Electoral Provisions) Act which allows for countermanding an election is when a candidate dies," Sir Peter said.

"In the circumstances, the Electoral Commission has resolved to advise the Returning Officer to count the remaining ballot boxes."

"The ballot papers that were destroyed will be excluded from counting."

Sir Peter said he was saddened that an otherwise very peaceful and transparent polling day and had been interrupted at one counting station.

"The Electoral Commission was very pleased with the overall conduct of the election and the peaceful manner that people had cast their vote," Sir Peter said.

"We once again appeal to our people for calm, to respect each other's right to vote and to show maturity in allowing the count to continue according to the law."

Sir Peter said that the law provided a clear process for making a complaint about any part of the electoral process.

"Under the Act, any aggrieved candidate can lodge a petition in the High Court," Sir Peter said.

"It is only the High Court that has the powers to make any order it sees as just, including making an order for re-election."

The Chairman said that candidates would be advised of the date and time for Solomon Islands Electoral Commission continuing the count when all the necessary arrangements had been made with the Returning Officer.