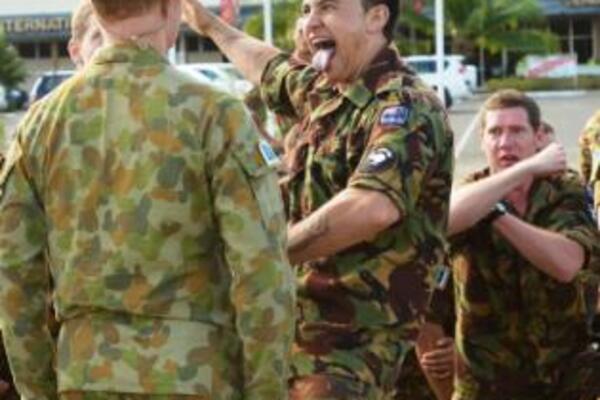 About 1500 Kiwi soldiers have served in the Solomon Islanders under the RAMSI scheme.
Source: Photo supplied
Share
Monday, 03 December 2012 08:02 AM

After a decade of service in the Solomon Islands the last remaining New Zealand military platoon, serving under the military component of RAMSI, is set to return.

It is understood the role of the RAMSI military has changed over the years from being on the frontline to a more supportive role.

However, some local residents told NZ Newswires it was too early for RAMSI soldiers to withdraw.

In Honiara's bustling food market, father of six Edwin Mae, 45, said Solomon Islanders felt safer with the military close by as there was still some unrest in the country.

"I like them here, they should stay," he said.

Speaking to media at the RAMSI base just outside central Honiara, RAMSI Deputy Special Coordinator Wayne Higgins said he felt confident it was time for the military component to withdraw.

He says crime rates have improved significantly and the last government budget was the largest in its history.

There is a good level of stability and security in the country, however there are still problems with corruption and the country has room for improvement, he says.

"A lot of Solomon Islanders feel that we provide a certain level of comfort but let's not forget that RAMSI was always meant to be a short-term intervention," Mr Higgins said.

"The time is right. RAMSI is not pulling out (only the military aspect is), it will now be a police-focused mission."

Up to 17 New Zealand police officers, as well as officers from the other nations, will remain in Honiara as part of RAMSI Participating Police Force (PPF) to continue helping local police.

No date has been set for the RAMSI PPF to withdraw, but the number of New Zealand officers in the Solomon Islands has been reduced over the years.

Walking through the dusty, palm tree lined pavements of Honiara it's obvious the country economically has a long way to go. Unemployment is high and violence against women remains a problem.

However, the Solomon Islands has clearly moved on.

Residents will tell you with pride that this year three major events - a visit by Prince William and wife Katherine, the Oceanic Soccer Championships and the Festival of Pacific Arts - were a great success and took place peacefully.