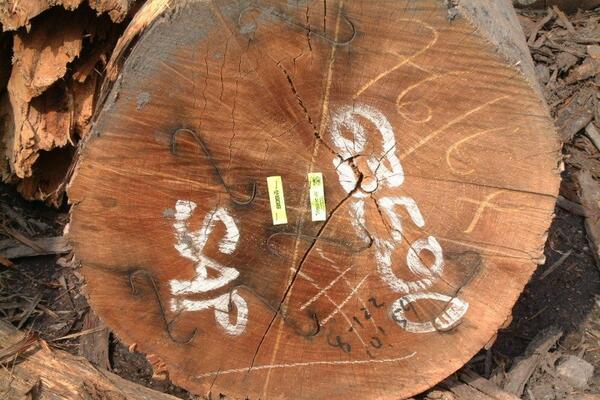 Ferguson Vaghi program co-ordinator for the landowners group in Western Province, told Pacific Beat the logging company had not gone through the proper procedures to obtain a logging licence.
Source: Photo supplied
Share
Monday, 16 September 2013 09:15 AM

Landowners in the Solomon Islands have successfully taken action in the High Court to stop logging in the country's biggest conservation area.

Kolombangara Island Biodiversity Conservation Association has won an injunction to stop logging from starting until the court can decide whether the operations are legal.

Ferguson Vaghi program co-ordinator for the landowners group in Western Province, told Pacific Beat the logging company had not gone through the proper procedures to obtain a logging licence.

"[They don't] have development consent which is part of the environmental act requirement." Mr Vaghi said.

A logging licence was granted to Viuru Forest Enterprises for an area near the village of Vavanga in Kolombangara.

"We would be happy if the logging company followed the proper process." Mr Vaghi said.

"And also if they had a limit to the extraction area which for us is a 400m altitude - our protected area."

Viuru Forest Enterprises held a previous logging licence which has now expired but failed to do any proper assessments in obtaining their new licence.

In their current operation, the royalty payment Viuru Forest Enterprises are currently paying landowners is just ten percent in accordance with the technology agreement.

"That is nothing...but we also realise the dollar value would not compensate for the value of forestry that will be destroyed by the logging company." Mr Vaghi said.