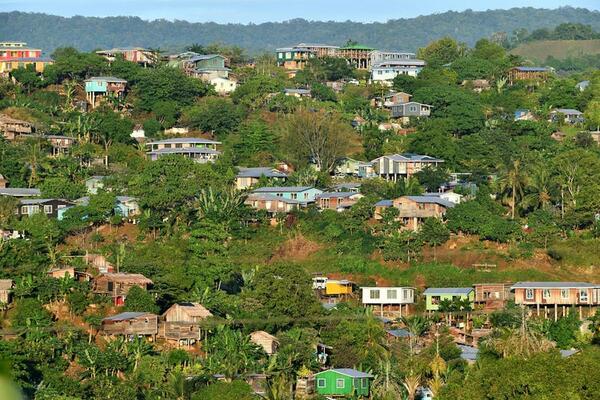 "As far as we know all the alienated land surrounding Guadalcanal should be given back to the landowners”, Perogolo says.
Source: Business Insider
By Jimmy Nolan
Share
Monday, 07 September 2020 08:02 AM

The Tandai House of Chiefs in North West Guadalcanal is urging the Guadalcanal provincial government to work closely with all the land-owning tribes in Tandai and around Guadalcanal.

This is to settle confusion on land issues both in and outside the Honiara City boundaries.

The issue of sales of land has created confusion among developers, land owning tribes as well as the Guadalcanal provincial government.

Tandai Paramount Chief Mr. Francis Perogolo says if the Guadalcanal province wishes to settle the land issues in Honiara, they have to work together with tribal landowners to solve the issues of land selling in Honiara and Guadalcanal boundaries.

Perogolo says for Guadalcanal province to sell land without consultation with the tribal owners is wrong and not acceptable.

"If the province wishes to sell those lands, why do they not give them to the landowners to develop rather than to someone who does not come from the land tribes on Guadalcanal. It doesn’t make sense.

"As far as we know all the alienated land surrounding Guadalcanal should be given back to the landowners”, Perogolo says.

He says the Guadalcanal provincial government and the landowners do not work together when it comes to land.

"Land issues begin with the tribal ancestors who exchanged land for smoking pipe and metal axe, this was when foreign traders arrived on Guadalcanal many years ago. This needs to be traced as some of the land dealings lack evidence”, Perogolo says.

He urged the provincial government, especially the land board to cooperate with the House of Chiefs and landowners in Guadalcanal, especially in Tandai, to solve the issues of sales of land in areas outside of Honiara.