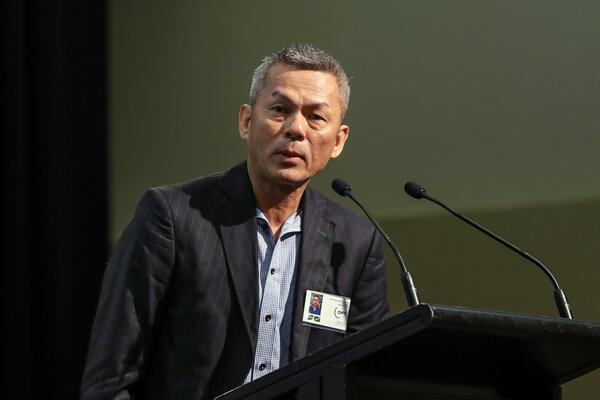 Lai was given the mandate to lead Solomon football for another term after receiving 15 votes.
Source: OFC Media
By OFC
Share
Monday, 06 May 2019 09:06 AM

William Lai has been re-elected as the Solomon Islands Football Federation President at the SIFF Elective Congress held at Heritage Park conference room in Honiara over the weekend.

Lai was given the mandate to lead Solomon football for another term after receiving 15 votes.

In his brief remarks after the official announcement of the result by the SIFF Electoral Committee, Lai thanked all football leaders in the Solomon Islands who have faith in his leadership.

“First, thank you, everyone, for showing your support towards me to become your president for the next four years,” he said.

“I think it’s very important to show the same support to the new executive to move football forward.

“Thank you to the electoral committee for a job well done as this is for the first time a SIFF election is done professionally.

“Under my leadership, I would like us to work together to continue reaching our goals as a federation.”

Former Solomon Islands international Marlon Houkarawa who was the second candidate has only managed to get a single vote.

However, in the election for the Vice President’s post, Houkarawa got a majority of 15 votes to become the newly elected SIFF Vice President, ousting Eddie Omokirio who only received one vote.

Houkarawa said he is ready to provide support to the President and the new Executive to drive football development in the country.

“Once again thank you to the PFAs and members of SIFF who have voted for me to become the Vice President,” he said.

“I am ready to support the President and the Executive.

“I am prepared to help drive football development to another level.”