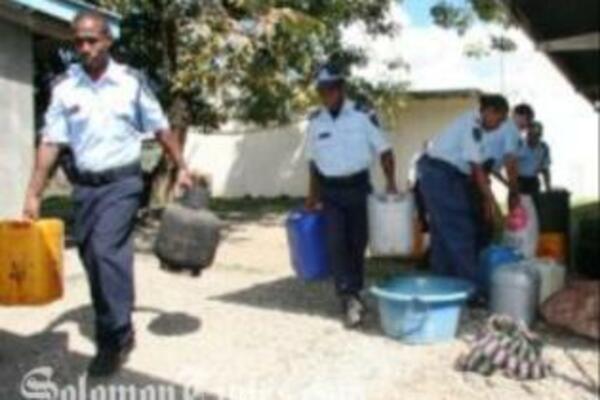 Despite many Police raids, the only way Kwaso problems can be solved is through community assistance.
Source: Photo Supplied
Share
Monday, 19 April 2010 08:54 AM

During his weekly Press Conference, Police Commissioner, Peter Marshall, stated that the police are finding it very difficult to put it out of local communities.

Peter Marshall said the police response team can make dozens of arrests for the use and abuse of kwaso each week but it is a tough fight.

The Police Commissioner also said that while he cannot see kwaso totally eliminated from the country, issues of kwaso as a law and order problem can only be solved through community work with the police.

Kwaso's affordability, at SBD $10 (USD$1.30) per bottle makes it one of the most consumed alcohol in the country. Particularly for those in the unemployment sector, unbeknown that it is also one of the most lethal spirits.