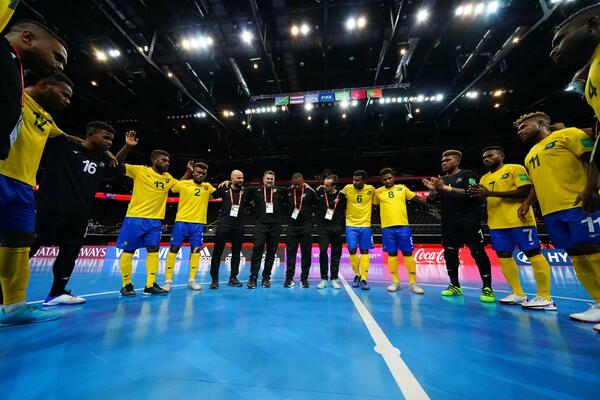 The Solomon Islands Kurukuru are currently ranked #1 in the OFC and #52 in the World by the Futsal World Ranking body.
Source: Supplied
Share
Thursday, 19 May 2022 12:53 PM

Solomon Islands national futsal team, Kurukuru has been invited by organizers of the Umag Futsal Nations Cup 2022 to participate in an international futsal friendly tournament in Umag, Croatia from October 3 to October 12, 2022.

The invitation is sent by Bolabros Football followed by Solomon Islands’ participation in a similar international tournament last year in Porec, Croatia.

Meanwhile, the national futsal team is still on a long break after the FIFA Futsal World Cup 2021 in Lithuania and plans are already in place to call the team for training soon ahead of a proposed Invitational Futsal tournament in Fiji later this year.

The Solomon Islands Kurukuru are currently ranked #1 in the OFC and #52 in the World by the Futsal World Ranking. The team currently holds the world record for the fastest ever goal scored in an official futsal match. It was set by Kurukuru captain Elliot Ragomo, who scored against New Caledonia three seconds into the game in July 2009.