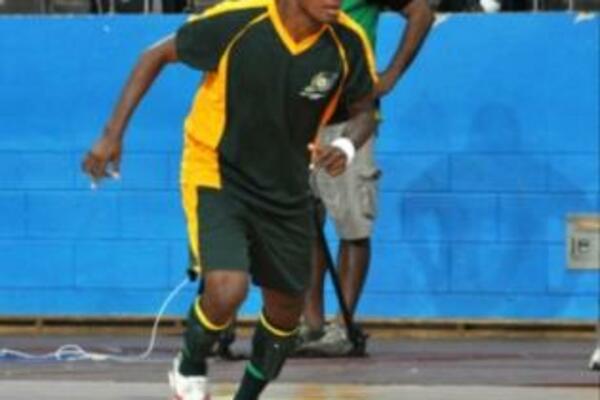 The Kurukuru have booked a meeting with Tahiti in the grand final of the OFC Futsal Championship after sweeping aside Vanuatu 13-1 in the second semi-final this evening.

Earlier today, Tahiti earned their place in tomorrow's final with a penalty shoot-out win over New Zealand after the scores were locked at 3-3 following extra-time.

The 7th/8th play-off this afternoon saw Kiribati earn their first ever victory with a 3-2 success over Tuvalu while Fiji pipped New Caledonia to fifth place with an exciting 8-6 triumph.

But none of the other teams in action today managed to match the speed and skill of the Kurukuru, who put on yet another remarkable attacking display to end Vanuatu's hopes of reaching the final and confirm they will be heavy favourites in the all-important meeting with Tahiti, the winner of which will go through to the FIFA Futsal World Cup Thailand 2012.

The Kurukuru had won their previous match against Tuvalu 16-0 and, while they were up against a far more accomplished team this evening in Vanuatu, appeared intent on getting close to that figure again.

Dickson Kadau's charges were 8-0 up by halftime and went on to score another five in the second half, to the delight of most of the 2000-plus crowd that crammed into Suva's Vodafone Arena.

Captain Elliot Ragomo again led by example with a hat-trick and he was joined in scoring three by Micah Lea'alafa and Moffat Sikwa'ae.

Coleman Makau attempted to catch up with them but had to settle for a double while a Jack Whetney strike and an own goal from the unfortunate Ricky Tuigaloa wrapped up the Kurukuru scoring.

"I am very proud of my boys, we have worked very hard for this tournament and that is now showing through. We played even better than I thought we might - the combinations between our players were at a very high level," said Dickson Kadau.

"We must respect Tahiti because they are very good defensively and we only beat them 1-0 earlier in the tournament. We'll work on our attacking and some of our moves to try to find a way around their system."

Vanuatu's only response came from Fredi Vava just after halftime but they were never in the contest as the Solomons underlined just how hard it will be for Tahiti to beat them tomorrow.

Vanuatu coach Jean-Yves Galine said that it was always going to be very hard but he admitted that his boys made it hard for themselves "because the boys didn't do what we asked of them."

"But I am quite happy with how we have done in the tournament overall because I think we have improved a lot. It was just unfortunate we had to meet Solomon Islands today because they are a very good side. We have players who are as good in Vanuatu but they are not strong enough mentally so we need to get better at that side of our game."