Kurukuru Flies to Compete in Libya 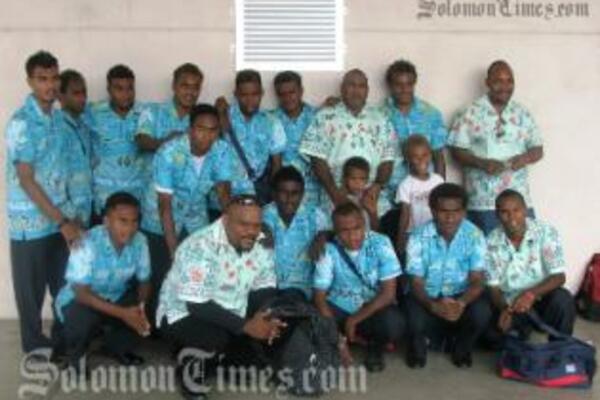 The Frangipani Ice sponsored 'ice-cream' team will be away for 2 weeks to attend what is dubbed locally as the confederations cup for Futsal.

Speaking to the SIFF Media Office before their departure the Kurukuru Head Coach, Dickson Kadau, said that his boys are confident and they look forward to starting their campaign in Libya.

"We have been training hard for the last 3 months and now it is the time to play," Kadau said.

Kurukuru Captain, Elliot Ragomo, expressed similar sentiments when he spoke to members of the local media present at the airport.

"We are happy and proud to represent our confederation, Oceania, and we will do our best in Libya," Mr. Ragomo said.

The Alfetah Futsal Cup is a FIFA-approved invitational tournament that will see top futsal playing nations from each FIFA confederations competing against each other.

The winner will walk away with up to 70-thousand New Zealand dollars.

Less successful teams will not leave the tournament empty-handed either - the last placed national team will leave with up to 14-thousand New Zealand dollars.

The tournament runs from the fifth to the eleventh of this month.

Kurukuru's participation to the tournament is met by the Libyan Football Federation.