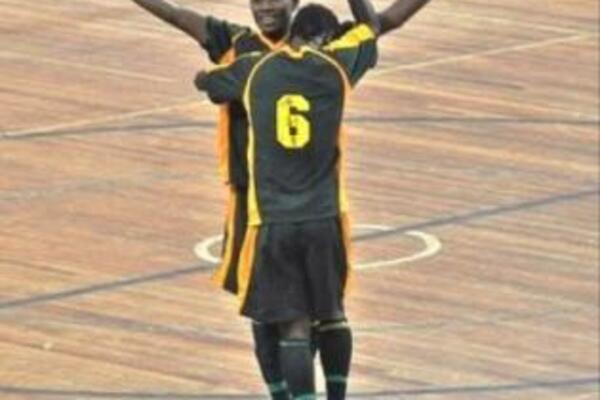 Solomon Islands' Coach, Dickson Kadau, was delighted with how his boys played, and was full of praise for their composure.
Source: STO Archives
Share
Tuesday, 17 May 2011 08:51 AM

Solomon Islands Kurukuru has sounded the alarm at the start of the 2011 Oceanic Football Confederation (OFC) Futsal Championship at the Vodafone Arena in Suva, Fiji, beating New Caledonia 13-5.

The Solomon Islands displayed class and precision Futsal, showing yet again that they have what it takes to go for a straight fourth win at the OFC Futsal Championship this year.

Solomon Islands' Coach, Dickson Kadau, was delighted with how his boys played, and was full of praise for their composure. "These young men are in a very determined frame of mind ...and their desire to win was there for all to see this evening at Vodafone Arena."

"We played well but we will face harder games at this tournament. We are favourites to win the title so the players feel some pressure to do well but they are good at handling that. I think New Zealand will be the team to beat. They are a well-organized side and understand how to play to their system," said coach Kadau.

Kurukuru's Elliot Ragomo played to form by netting five goals for his team.
New Caledonia's Cedrick Humuni stood out and scored three goals for the New Caledonia's team. The score at the half-time was 6-3 in favor of Kurukuru.

In the second half, Kurukuru's Micah, Whetney, Egeta, Bule and Bisili all registered their names on the score sheet extending their lead to 13-3.

New Caledonia's Romain Guitton responded by scoring a brace, although it was mere consolation. The Solomon Islands will now take on a much improved Tahiti.