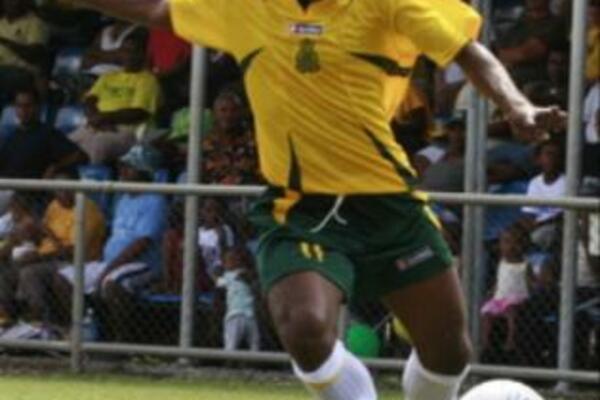 KOSSA has stunned the much fancied Uncles FC with a 4-1 romp yesterday at the Lawson Tama stadium.

Uncles FC, with big names such as Benjamin Totori, Judd Molea and Kidston Billy, were the firm favorites going into the Top 8 finals.

KOSSA, unfazed by Uncles dazzling performance against O-League finalist Koloale, bombarded Uncles defense in the opening minutes of the game.

Uncles goalkeeper appeared overwhelmed by the ferocity of KOSSA's attack and in a slip up, handed KOSSA the lead in the first few minutes, thanks to a fantastic finish by Stanley Wate. Stunned by the early goal Uncles regrouped but were well contained by KOSSA's defense led by Samson Takayama.

The rest of the first half was dominated by KOSSA with the inspirational guidance of its captain, Gideon Omokirio. There was no let up in their attack as they pounded and questioned Uncles defense time and again. Three more goals, again from Wate and one each from young Philip Ashley and Moffat Deremoa, put KOSSA in a commanding 4-0 lead going into the break.

The second half was well contested but KOSSA's lead proved too much for Uncles as the clock ticked towards full time. Totori, in an effort to salvage some pride, scored a late goal, but it was all but over for Uncles FC.

KOSSA will now march on to play in the Our Telekom Club Championships with the renewed hope to represent the Solomon Islands in the O-League finals. If KOSSA maintains its seemingly obsessive drive to win we may well be witnessing the rise of a future O-League champ.