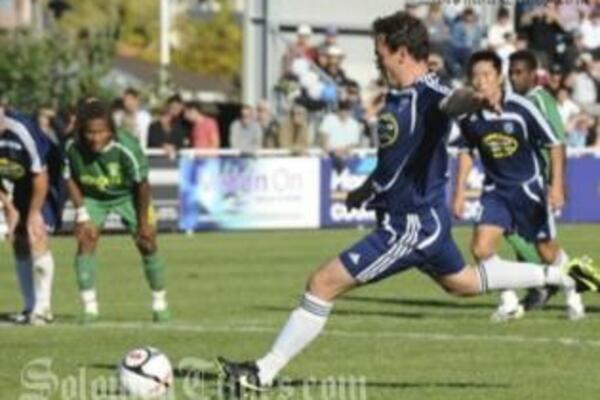 Koloale FC has put on a strong fight against Auckland FC yesterday, ending the game with a two all draw. This was after their 7-2 defeat in Honiara only a week ago.

Koloale proved that with composure and patience they could match one of the best teams in Oceania. Despite being ruled out by pundits before the game even began, Koloale refused to let their dream run to the O-League end without a fight, and fight they did.

The Solomon Islands club champions started the game with a classy goal by international striker Fred Fa'arodo Jr five minutes before half time.

Keryn Jordan of Auckland FC was introduced into the game early in the second half and quickly turned things around by lifting Auckland FCs attack.

Grant Young was brought down by Henry Fa'arodo Jr, which resulted in a penalty. South Korean import Ki-Hyung Lee scored three minutes later from a left wing corner putting City 2-1 up and assuring Auckland FC of a place in the FIFA World Club Cup.

The last say was, deservedly, with the visitors with Lency Saeni volleying home a Fa'arodo cross to the far post for the 61st-minute equaliser. It was however all too late, Auckland City defeated Solomon Islands' Koloale FC 9-4 on aggregate.

Koloale FC will return home with a "what could have been" in the back of their mind. Koloale fans will also be left wondering, why? Why leave it until the second game?