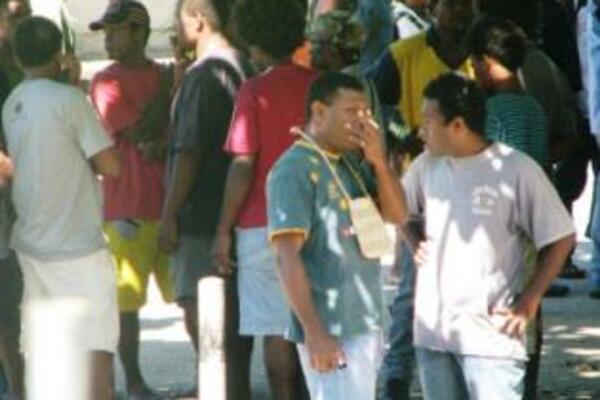 Hundreds of soccer fans from Makira Province and other provinces are flocking into Honiara to watch the showdown between Koloale and Auckland City on Saturday.

Makira fans traveled to Honiara to see one of their own son Nicholas Muri play the first leg of the O' league finals.

Reports say fans from other provinces too are traveling to the national capital to witness Koloale as they take on New Zealand's best club.

It would be a David and Goliath affair, as Koloale try to repeat Kossa's feat in 2008 when it beat Waitakere 3-1 in Honiara.

Koloale has proved it has the players who can stand up to the might of Auckland City and will on the day give them a run for their money.

Its 4-0 win over former O'league rep Kossa last Saturday showed how serious they were about their prospect of playing in the FIFA World Clubs Final later on this year.

With the warm climate and hundreds of screaming green army expected to flock to Lawson Tama, it will definitely be a cracker.

Meanwhile, match officials for the first leg of the O'league finals between Koloale and Auckland City have been named.

Australian, Strebre Delovski is the match referee and will be assisted by Michael Mouauri (Cook Islands), Hillary Ani (PNG) and Chris Beath as the fourth official. He is from Australia.

Neil Poloso will be the referee assessor while Solomon Islander and Auckland-based David Firisua is the OFC coordinator. He will be assisted by SIFF Development officer Noel Wagapu.