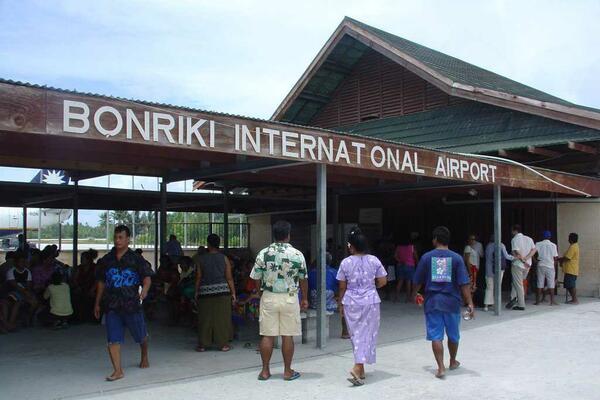 The government will repatriate Solomon Islanders in Kiribati if a landing permit is approved in Tarawa.

“We are trying to organize one for pick up from Kiribati. We also have close to 100 in Fiji. These are low risk countries. If we have a landing permit, then we plan to put a flight next week to bring them back so that they can be quarantined for two weeks. Once they complete their quarantine with those from the Philippines then we get ready for the next Philippines repatriation flight”, Rodgers says.

He also says there is a likelihood for a third flight to Auckland in November.

Rodgers say nationals shall be coming in from Europe, France, Geneva, UK, and Taiwan as well as the engineers for the Tina Hydro and several road projects.

“So, we shall have enough passengers coming in from Auckland at that time”.

He says 32 footballers based in the United Kingdom will also be coming on the Auckland flight.

Asked if the influx of passengers will not cause a strain on the frontline workers, Chief of Staff in the Prime Minister’s office, Robson Djokovic, says the frontline workers have had a chance to take a break and regroup in preparation for the next set of flight repatriation.

“Last month as you recall, there was a break where we suspended all repatriation just to give all of our frontline personnel time to regroup, refresh and then prepare for the China flight, the Philippines flight and the ongoing repatriation flights from Australia, New Zealand and the region”, Djokovic says.