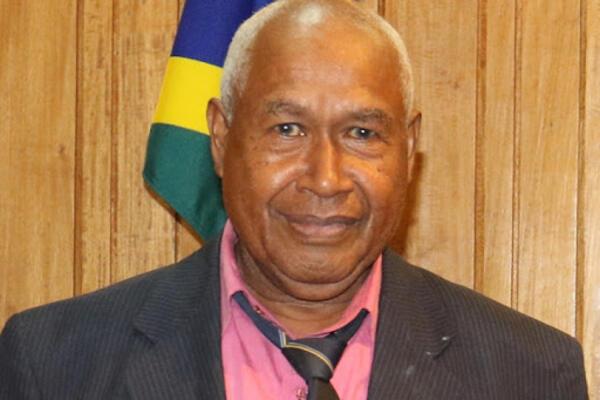 Premier Maka’a said the wharf will be a shining beacon for Makira Ulawa Province and its people.
Source: Solomon Star
Share
Thursday, 18 June 2020 07:08 AM

Makira Ulawa Province has been given what the Provincial Premier, Mr. Julian Maka’a has described as the Gift of the Century, the Kira Kira Wharf and Ramp.

He made the remark at the launch of the Kira Kira Wharf and Ramp Development in Kira Kira June 11.

He said the launch of the Kira Kira Wharf and Ramp Development would pave the way to ensuring work on the Gift of the Century would start, adding the Provincial Capital does not have a wharf since the colonial days.

Premier Maka’a said the wharf will be a shining beacon for Makira Ulawa Province and its people, adding no doubt they will realize its importance to them as far as loading and unloading their cargoes from Kira Kira to Honiara are concerned.

Meanwhile, the Permanent Secretary of the Ministry of Infrastructure Development, Mr Stephen Maesiola assured the Premier and his Government, Chiefs and Landowners and Makira people that the Government and the MID had realized the need for Kira Kira to have the wharf.

He also acknowledged the eight tribal landowning groups for allowing the site, where the wharf will be built.

Mr Maesiola said after travelling to both sides of Kira Kira township, he was able to see how important improved roads, bridges and wharves are to farmers because their cocoa and coconut farms are mostly inland.

He said farmers have to cross rivers and go further inland and even up hills when carrying their produce to their cocoa and coconut dryers which are on the coast.
Mr Maesiola added, the wharf/ramp will definitely and greatly help the farmers when transporting their produce to Honiara on ships.

He said the Ministry of Infrastructure Development does have machines and equipment to build roads and bridges.

Meanwhile, the Member of Parliament for Central Makira and Minister of Fisheries and Marine Resources, Mr Nestor Giro said Kira Kira has been without a wharf both in good and bad times since the colonial days.

Mr Giro was speaking on the same event in Kira Kira June 11.

He expressed his appreciation to the Sogavare- led Government for recognizing the need of the provincial government and people for the Ramp to be built under COVID 19.

Mr Giro said various Governments had waited for a request from Kira Kira to build the wharf.

Meanwhile, representatives of the eight tribal landowning groups said they are happy that Kira Kira would soon have a wharf.