Kenilorea Welcomes Plans to Re-open US Embassy in Solomon Islands 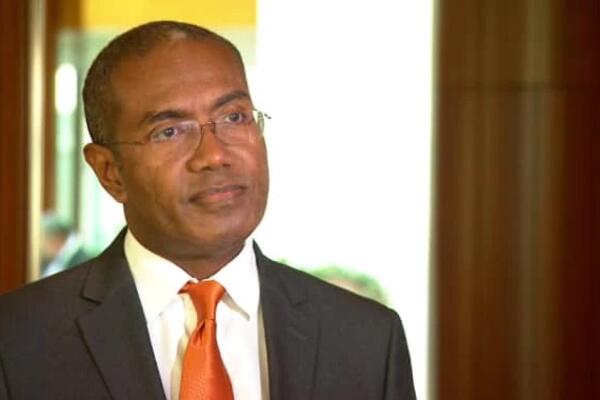 Kenilorea says he joins the Solomon Islands Government to thank US Secretary of State Blinken for announcing the government of USA’s intention to re-opening a US Embassy in Honiara.
Source: Sunday Guardian
By Samson Sade
Share
Monday, 14 February 2022 09:12 AM

Member of Parliament for East Are’are and Chairman of the Foreign Relations Committee of Parliament, Hon. Perter Kenilorea Jr, has welcomed plans by the US to re-open its embassy in Solomon Islands.

The revelation came as US Secretary of State Antony Blinken landed in Fiji on Saturday midway through a Pacific tour that began in Australia and finishes in Hawaii.

The State Department said Solomon Islanders cherished their history with Americans on the battlefields of World War II, but the US was in danger of losing its preferential ties as China "aggressively seeks to engage" elite politicians and business people in Solomon Islands.

Kenilorea says he joins the Solomon Islands Government to thank US Secretary of State Blinken for announcing the government of USA’s intention to re-opening a US Embassy in Honiara.

“In early 2019 I had the honour to discuss closer cooperation and reopening a US Embassy in Honiara. I had the privilege of meeting with Ambassador W. Patrick Murphy and sharing my views on Solomon Islands/US relations at that time in Nadi, Fiji,” Kenilorea said.

“Our relations with our traditional partner and friend, USA, will only be further strengthened with their embassy re-established on Solomon Islands soil.”

The US previously operated an embassy in the Solomons for five years before closing it in 1993.

Antony Blinken’s visit to Fiji on Saturday will be the first by a US Secretary of State to the island nation in 37 years.

There are currently only six US embassies in the Pacific – three of which are in the Compact of Association states of the North Pacific.

With ABC and The Interpreter