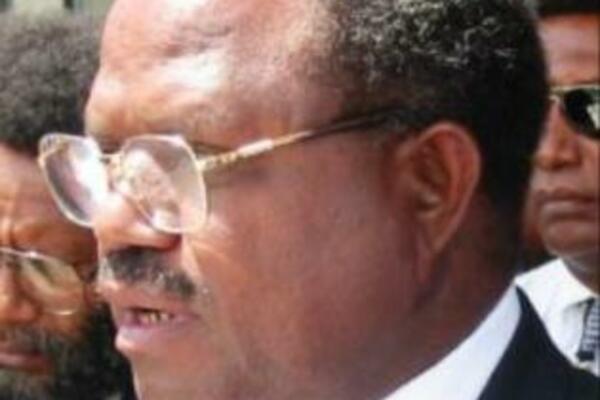 Sir Allan Kemakeza has won the Savo- Russell's by-election by 1,654 votes, Reginald Kokili came second with 957 votes. 154 votes were rejected where ballot papers could not be counted because they were not correctly completed.

The Returning Officer for the Savo-Russells by-election, Mr Enley Sade, will today advise His Excellency, the Governor-General, of the total number of votes counted for each candidate in the by-election.

Three observer groups including the National of Council of Women were present for the count as well as candidates' agents, staff from the Electoral Commission and members of the Royal Solomon Islands Police Force.

"it is important that the process of counting votes is done in a transparent way so that voters, candidates and their agents, and observers can see that the result has integrity," Mr Sade said.

"Nearly 60% of registered voters have turned up at the 15 polling stations to cast their vote," Mr Sade said.

The Returning Officer has written to all candidates to inform them of the results of the by-election.

It is the Governor General's role to now officially publish the results and advise Parliament of the outcome of the by-election.

Chief Electoral Officer, Mr Polycarp Haununu, thanked the people of Savo and Russells constituency for their participation in the by-election.

Meanwhile, a candidate in last week's bye election for Savo-Russells constituency, Henry Zimbo says the outcome of the bye-election is not fair.

Mr Zimbo expresses sympathy for the people of Savo-Russells, saying they could be victimized again, if the bye-election result was taken to court - a situation that could have been avoided.

The votes cast for each candidate were as follows: