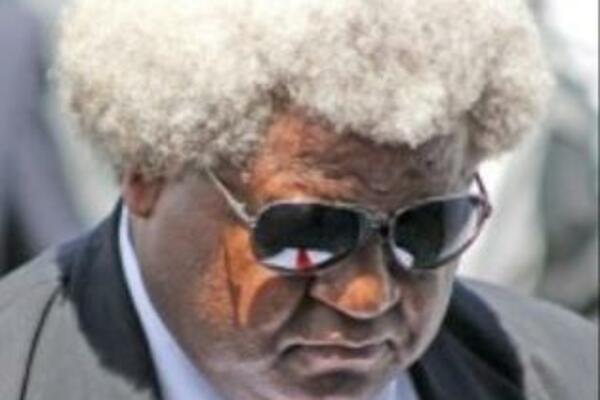 The Magistrate Court found him guilty of misusing SBD$280,000 of his constituency's fishing project funds in 2007.
Source: Photo supplied
Share
Wednesday, 14 March 2012 07:28 AM

Gela MP Mark Kemakeza has been sentenced to fourteen months in jail, which effectively means he loses his seat in Parliament.

The Magistrate Court found him guilty of misusing SBD$280,000 of his constituency's fishing project funds in 2007.

Principal Magistrate Shafi Khan, in his ruling, told the MP that it is rather sad that he had chosen to deprive members of his constituency from fishing projects they were entitled to.

Mr Kemakeza was said to have used the entire sum of SBD$280,000 dollars within a period of five weeks in October and November of 2007.

The Magistrate told Mr Kemakeza that this was a "very serious case of abuse, breach of trust and a very selfish act."

Magistrate Shafi Khan says one of the most disturbing features that came up during the trial was that none of the Members of Parliament who were allocated these fishing projects submitted any reports or retirement of the funds between the years 2006 and 2009, to the responsible Minister or to Parliament.

In imposing the sentence, the Magistrate says he has taken into account the serious breach of trust that Mr Kemakeza had committed and the delay in the case which was spread over four years.

He says he has taken into consideration the fact that Mr Kemakeza has made a payment to the Solomon Islands Government for the SBD$280,000 dollars.