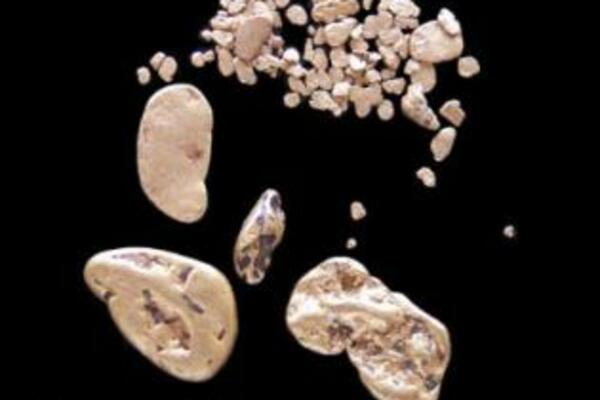 Phoenix International (SI) Limited says that it is specialised in alluvial gold mining, a form of mining that is friendly to the environment.
Source: mines.org
Share
Friday, 26 June 2009 07:00 AM

The ongoing debate concerning the proposed alluvial mining on Guadalcanal by Phoenix International (SI) Limited has generated much interest both within and outside of the Solomon Islands.

"I have been watching the debate being waged on the net and other medium about my business model and feel that I should respond. In particular, I wish to address the sharing of profit on a 50/50 basis, an issue that has been the focus of this debate. Here is what Pheonix International [SI] Ltd will do," said Mr Alp in his e-mail.

Mr Alp said that by definition "profit-share" means after costs, as in net. He also revealed that the deal done between Pheonix International (SI) Limited and the Hokola Landowners Association is as follows:

. Pheonix International (SI) Limited Supplies all start-up capital, machinery and expertise while the Hokola Landowners provide ongoing access to their land and resources and settle any landowner disputes.

. Employment figures will favour the local landowners and not ex-pats, at rates greater than those provided for under other existing arrangements. For example, local labour will receive approximately $4,200.00 SBD for an 8 hour day, six day week.

. Prior to operations commencing, the Hokola Landowners Association will receive $1.5M SBD (in addition to what they have already received to date), to help run their administration and make payment to the various tribal groups within the area of operations. They will also receive a vehicle capable of taking their goods and people to the markets.

. All costs of set-up and initial operations are NOT recoverable by Pheonix International (SI) Limited - i.e. the Company cannot claim reimbursement from the operations revenue generation. The only gain Pheonix can make is out of the equal share of the profits from the actual mining operations. So in effect, all machinery, plants and equipment is supplied by Pheonix at no cost to the Landowners in anyway.

"All investment made by the Company thus far is a natural business expense when venturing into new projects. The cost that cripples most companies is the debt servicing requirements associated with large borrowings. Pheonix International (SI) Limited has zero debt associated with borrowing from any outside funding institution and therefore does not require any of the revenue generated from the mining operations for that purpose," said Mr Alp.

Mr Alp said that If any debt was incurred and required to be repaid, it would come solely from the company's share of the profit and not as part of the operations cost. "I am unsure how I can be any clearer on this point," Mr Alp said.

He went to say that the possibility of ramping up costs so the landowners will not see real benefit is baseless as there are two important factors one needs to consider.

"First, The Hokola Landowners Association has an oversight committee that will have full, unrestricted access to the books relating to the operations within their area and would certainly raise the alarm if they thought they were being cheated in anyway.

"Second, a full costing has been done that indicates what will be required to run the operations and the expected revenue projection from that. Any sudden "extra" expenses appearing in the books I am sure would once again raise an alarm."

Mr Alp revealed that the Company also has plans to assemble and fully fund a local team of geologists to explore and assess other provinces resource potential.