Keeping Our Tradition and Culture Alive in Schools 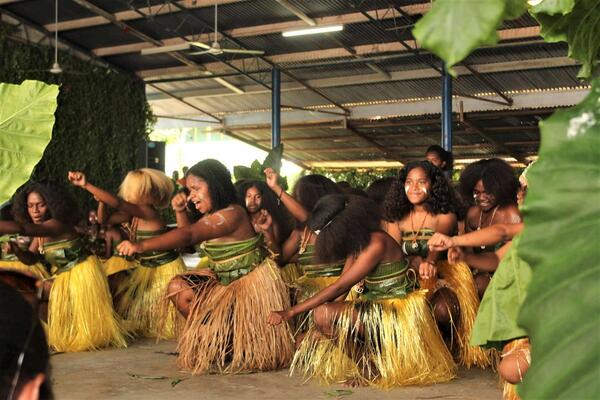 The Solomon Islands is blessed with various ethnic groupings, who speak their own language and practise their own tradition, culture, and way of life.

Schools in the country is where formal learning occurs, new ideas are taught, and new value systems are introduced. Apart from the formal subjects being taught in schools, new value systems are also introduced – perhaps better described as universal values. So young people are also being taught the importance of human rights, women’s rights, the rights of people with disabilities and so forth.

Certain aspects of our cultures and traditions are not necessarily hostile to such value systems. Our traditional dances, poetry and stories are an aspect of our culture that should be encouraged in schools. They are an important feature of our way of life and should be maintained and celebrated.

In most schools in the Solomon Islands the only time where students can express their tradition and cultures in songs and dances is during cultural days or events.

The school principal of St. Josephs national secondary school, Mr Abraham Hihiru, says that he recognizes that the school comprises of many students who come from different provinces. They all practise different cultures and traditions – making it a very diverse community of students and learners.

“The word education is a very broad topic and we can define it to mean different things. Students need to learn inside the classroom as well as outside the class. I define education as a journey that deals with many aspects of life,” Mr Hihiru told Solomon Times Online.

Mr Hihiru says that cultural events is important for schools in that it creates an opportunity for students to learn from each other.

“So, it is a cultural setting, but in that setting, students learn teamwork, communication skills, confidence, awareness and many more things – but culture is at the centre which is important.”

In many developing countries entire indigenous cultures are disappearing, and governments are now pushing to protect traditional languages in national constitutions and encouraged UNESCO to set up programmes aimed at recovering indigenous culture.

Mainstream education is very important, but indigenous history must also be celebrated and, where possible, incorporated into our curricula. Not just through dancing and singing, but in our poems and short stories – as many leading Pacific thinkers have said, we are the original story tellers.