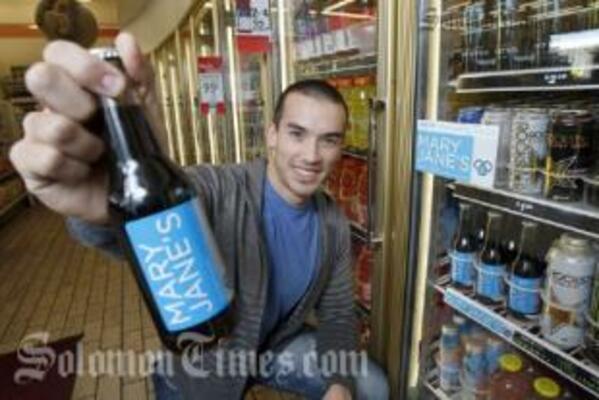 A new anti-energy drink laced with kava is gaining popularity in Southern California, USA, where it is being used for relaxation.

According to the report by Jerry Hirsch in the Los Angeles Times, in Los Angeles, 'a mood-altering beverage with a cannabis-oriented marketing campaign is gaining traction'.

Called Mary Jane's Relaxing Soda, the beverage is' a sugary drink laced with kava, a South Pacific root purported to have sedative properties'.

Kava is well-known in the region where, in many countries, it is a cultural drink consumed on special occasions, and in some places in the region, kava drinking is used as a form of relaxation, often drunk with company.

According to the report, along with drinks like Slow Cow and Ex Chill, 'Mary Jane's is part of a new group of so-called slow-down or anti-energy drinks, which are expected to be among the top food trends of 2010, according to advertising agency J. Walter Thompson'.

They rely on folk-medicine sedatives, including kava, camomile and valerian, to provide an alternative to caffeine-laced and jitter-inducing energy drinks such as Red Bull.

The drinks purportedly promote calming, and they also take on the energy-drink category directly by claiming also to boost mental focus and concentration, said Ann Mack, director of trend-spotting at the ad agency.

Said Travis Arnesen, spokesman for Ex Drinks of Henderson, Nev.: "It is a new category, kind of like energy drinks, but designed to relax people. Just recently it has been picking up steam."

According to the report, Ex Chill drink 'comes in an 8.4-ounce can that sells for $2 at Albertsons, 7-Elevens and some Bristol Farms markets' while 'Slow Cow, made by Boisson Slow Cow Inc. of Quebec, Canada, plans to start distribution in the U.S. next year'.

These "relaxation" drinks have become popular fodder for food bloggers, with some calling Mary Jane's "weed in a bottle."

According to the report, Michael Pollastri, a pharmaceuticals chemist at Boston University, says that kava 'warrants a closer look by drug chemists to figure out how it works as a relaxant and what else it might be useful for'.

There are no age limits or restrictions for consumers. Medical experts, however, caution that drinks containing kava and other supplements could have a downside, depending on the chemical compounds used as ingredients and how the plants are processed.

The Food and Drug Administration has issued a consumer warning that people with "liver disease or liver problems, or persons who are taking drug products that can affect the liver, should consult a physician before using kava-containing supplements." But the agency has not restricted sales of kava-based products.

According to the report, the Mary Jane's Soda was developed by Matt Moody who says that he had experience with kava in the past and knew it was effective but not widely used in the U.S.

The kava root's "awful taste" was one reason it has not gained the same acceptance as other folk-based nutritional supplements, Moody said.

But blending it into a drink that contains cane sugar solved that. Another beverage company makes it on contract for his Moody's Denver-based Mary Jane's Soda Inc.

About 70% of the company's retail sales are in Southern California, Moody said. The drink's market is so concentrated in the region that Moody plans to move the business to the Inland Empire.

The 7-Eleven stores stocking Mary Jane's sell the product at a rate of about 14 bottles a day, which is considered a healthy pace for a niche beverage, Moody said. It also sells in scattered bars and cafes and online through the Mary Jane's Soda website.