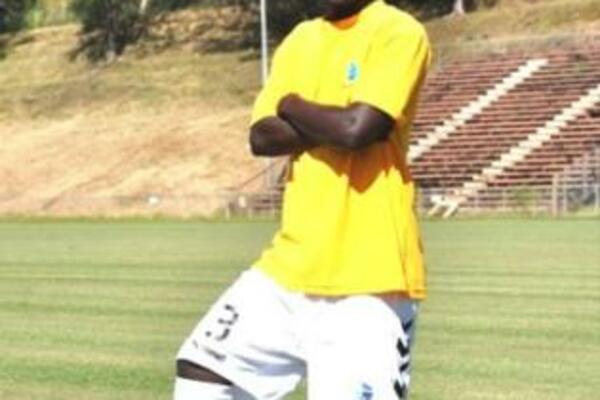 Kadau says that he will be banking on the experience of Captain Elliot Ragomo and Jack Wetney to get the results he is looking for.
Source: Photo Supplied
Share
Wednesday, 09 June 2010 08:53 AM

National Futsal Team Head Coach, Dickson Kadau, has released the names of the 12 players who will be travelling to Fiji for the Oceania Football Confederation (OFC) Futsal Championship.

His announcement comes as the team goes through the final preparations before heading for the regional championships which kicks off on August 9th in Suva, Fiji.

A 16 man squad was announced in April after the trials involving the 24 strong training squad selected from the Our Telekom National Futsal Championship held in March. This number has now been trimmed into the final team that will represent Solomon Islands in the OFC championship.

There are 4 new players named in final list. David Lafai has found favour as the new number 2 goalkeeper behind Paul Huia. Lafai replaces Alick Lioka (Jnr) who was a long time member of the national team.

The other 3 new names are George Stevenson, Coleman Makau and Jeffery Bule, who is better known as Koloale's lethal left winger in the 11-a-side code. Stevenson and Makau are true new comers catching the eyes of selectors in the national Futsal championship. Bule, on the other hand, has participated in several trials held in previous years.

Commenting on the addition of the new players, Kadau said that the time is right for new players to enter the squad in order to bolster the team for the future.

"The new players are part of the development squad and exposing them to international competition will help them mature and mould into their role as national Futsal players," Kadau said.

"George (Stevenson) is a very strong player and his reaction and ability to recover to defend is top class," Kadau further explained. "(Coleman) Makau will complement Jack Wetney as a goal setter."

Kadau mentioned that the players who were omitted still can return to the team in the future if they prove themselves in training and in local competitions but his team for the championship is now set.

The Kurukurus have also stepped up their training expecting tougher competition from this year's championship.

"Our training is more intensive as we enter the final 2 months of preparations. The boys are focused on our goal and that is to defend our title," Kadau stated.

Kadau says that he will be banking on the experience of Elliot Ragomo and Jack Wetney to get the results he is looking for.

An additional 2 players, Robert Laua and Matthias Saru, are named as non-travelling members of the Kurukuru squad.

Kurukuru is also appealing to the public to support the team.

"We will be in Fiji to defend our title so we want the nation to be with us," Kadau appealed to members of the public.

Kurukuru is the reigning Futsal champion in Oceania. Last year they successfully defended their title beating Fiji 8 - 1 in the grand final at the Vodafone Arena in Suva.