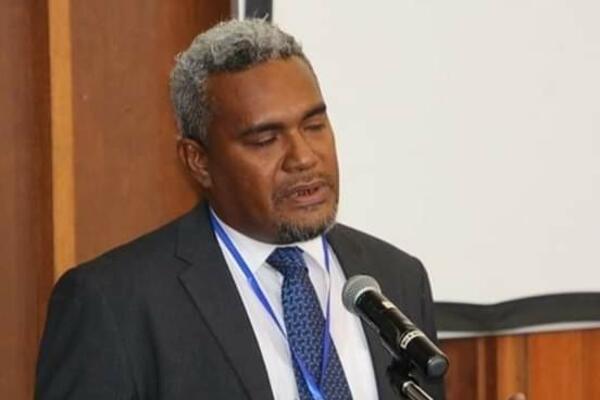 "The call by the Civil Society Organisations for the Prime Minister to step down is a direct breach of the Charitable Trust Act."
Source: Supplied
Share
Friday, 27 September 2019 08:43 AM

Civil Society Organisations (CSOs) nation-wide are encouraged to focus their energy on civic duties rather than engaging in political bickering, which, is potentially dangerous for public order and safety.

Special Secretary to the Prime Minister (SSPM), Albert Kabui, made the call today in view of the push by a number of CSOs attempting to encourage anti-government protests over the China-Taiwan debate.

Mr Kabui highlighted a number of civic duties that CSOs can actively engage in to empower people including our youth population to be true patriots of our nation.

These examples include engagement in street clean-up campaigns and community outreach programmes in topics such as STIs, HIV and NCDs.

“We all have roles and responsibilities to take this country forward by educating ourselves and sought ways to empower our civic members than calling for a change in leadership in government,” Mr Kabui said.

With regards to the current political situation, Mr Kabui said the decision to switch diplomatic allegiance was a collective one reached by Cabinet based on the principle of majority rule. This decision is the prerogative of the executive.

“Let’s not forget that we are a democratic country and the decision taken was reached through a democratic process within the caucus and cabinet. Let us not forget also the constitutional convention of cabinet responsibility that encompasses cabinet confidentiality and solidarity” he said.

He kindly urged CSOs to operate as civic groups as per the Solomon Islands Charitable Trust Act which prevents CSOs from performing the functions of political parties.

CSOs that are registered under the Charitable Trusts Act are reminded to comply with the law in achieving the charitable purpose that they were registered for as required under section 2 of the Act.

The call by the Civil Society Organisations for the Prime Minister to step down is a direct breach of the Charitable Trust Act.

“I am aware that there are a number of CSOs that have not complied with the Charitable Trust Act since their registration,” Mr Kabui added

Mr Kabui added that if CSOs are interested in politics then they should revisit their registration as civic groups and formally register as political parties.

“However, it must also be noted that these fundamental rights are not absolute.” he added.

Mr Kabui added that it is important that we must exercise our fundamental rights in a responsible manner and should not be preying on the ignorance of our people by feeding them with misinformation, innuendos and over sensationalized statements that has the potential to create disorder and disharmony amongst our people.