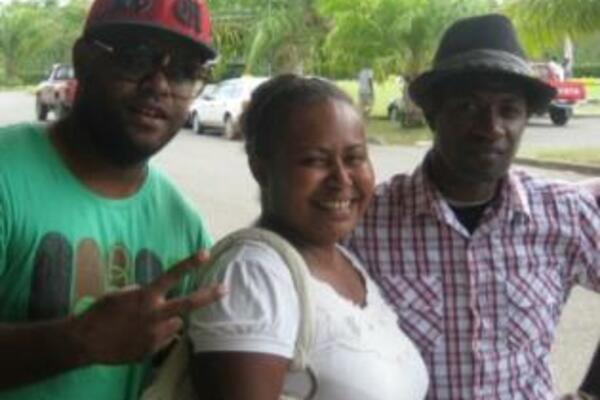 Yesterday was an exciting day for 2009 Solo Icon winner, Jeddy Dyer, who departed for Australia to record his debut album at Woodhead Studios on Queensland's Gold Coast.

At the airport, Jeddy Dyer was farewelled by friends, family and supporters from Global Youth Leadership Nexus and the Australian High Commission.

Australian High Commission representative Deanna Easton said "We're all so proud of JD. He's got an amazing talent, which really showed through in the 2009 Solo Icon competition. He is going to be a huge hit in Australia - we wish you all the best. Good Luck."

Another fan at the airport today was 2010 Solo Icon contestant, Spain Onorio, who "stole the show" in this year's quarter final. Spain has been busy preparing for the semi-final, which will be held this Sunday 1 August at the Multipurpose Hall.

For your chance to see this year's contestants battle it out for a spot in the Grand Final, be at the Multipurpose Hall from 5pm this Sunday.