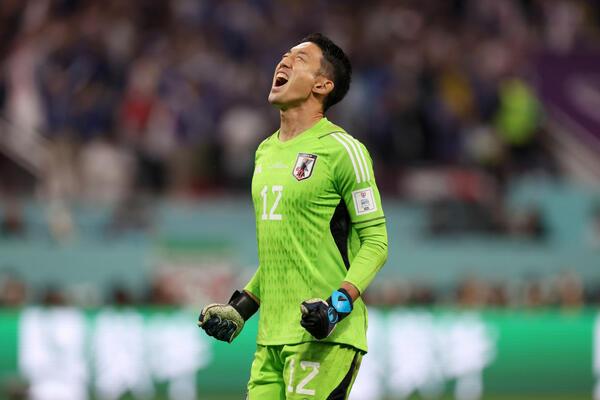 His standout moment came in the 71st minute when he pulled off a string of four saves to keep the score 1-0.
Source: Getty Images
By Jimmy Nolan
Share
Friday, 25 November 2022 14:13 PM

The rest, as they say, is history. Japan stunned Germany with a 2-1 win after a sensational fight back! Super subs Ritsu Doan and Takuma Asano both scored to etch their names and that of Japan in the history books.

But history would not have been created for the Blue Samurai’s if it wasn’t for the heroic goal keeping efforts of their goal keeper Shuichi Gonda.

The 33-year-old shot-stopper, who plays for Shimizu S-Pulse, kept German attackers at bay for most of the game. His standout moment came in the 71st minute when he pulled off a string of four saves to keep the score 1-0.

“But how was the goalie? Too good!” was what many Solomon Islanders said after the game, quite rare for goal keepers to feature in any post match analysis.

“I’ll call him Sweet Gonda!” says 19-year-old Riley, who says he is now keen to take up goal keeping after watching the Japanese keeper.

“He is the reason why Japan won the game, so keepers are more important than strikers.”

Gonda, who made his national team debut in 2010, replaced Eiji Kawashima as Japan’s goalkeeper in 2019 and has sealed his spot ever since. Kawashima was the Asian nation’s first-choice shot-stopper for the last three World Cups.

Gonda, or Sweet Gonda, has a new fan base in the country, and many say his brave performance has won them over.