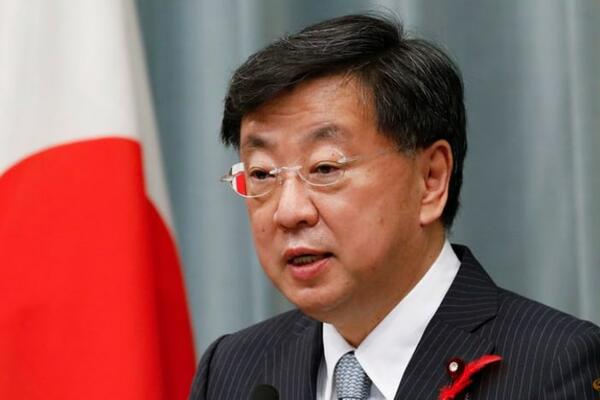 "This agreement is likely to have an impact on the overall region's security, so we are watching it with concern," Hirokazu Matsuno told a news conference.
Source: Reuters
Share
Friday, 22 April 2022 12:24 PM

China's security agreement with the Solomon Islands may affect security for the region and is a probable topic for discussions between the leaders of Japan and New Zealand, Japan's chief cabinet secretary said.

"This agreement is likely to have an impact on the overall region's security, so we are watching it with concern," Hirokazu Matsuno told a news conference.

Though he said many details of the deal remained unknown, it was likely to be a topic of discussion when Japanese Prime Minister Fumio Kishida and New Zealand Prime Minister Jacinda Ardern meet.

"It's expected that there will be vigorous discussion of a free and open Indo-Pacific in the talks between the two leaders," he added.

Ardern, who is leading a trade delegation, arrived in Japan on Wednesday night and is set to leave on Saturday.