Itinerary for Charter Flight to China Still Under Discussion 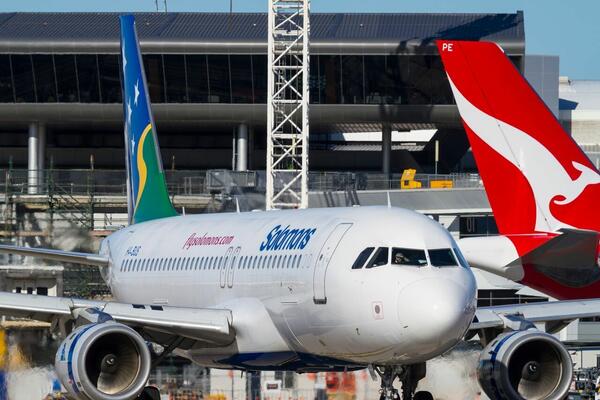 The flight to China will be the furthest for the Solomon Airlines Airbus A320 aircraft since joining the local fleet in February this year.
Source: Solomon Airlines
By Georgina Kekea
Share
Tuesday, 11 August 2020 08:25 AM

Government is still to present a set arrangement for the historical China flight on the 29th of August 2020. Solomon Airlines has been arranged to carry out this charter flight.

Permanent Secretary in the Ministry of Foreign Affairs and External Trade (MFAET), Collin Beck says discussions are still underway to finalize the flight.

“There are certain regulations in the different receiving countries that need to be sorted out”, Beck says in the Oversight weekly radio talkback show.

It was only recently the government announced the planned flight to China to bring in experts for the 2023 Pacific Games project.

The People’s Republic of China (PRC) is injecting almost 70 percent infrastructure support for the Pacific games project. With this, the government is hoping that work for the projects supported by the PRC should start in September.

“When we make this sort of flight, we must be aware, the other countries including our close neighbors, Australia and New Zealand have flights on a weekly basis. But you know China has 1.4 billion people so to get seats on restricted flights is challenging”, Beck says.

Meanwhile the most ideal route for the flight from Honiara to China is through Papua New Guinea, Manila and then Guangzhou. Inbound passengers from China are expected to board the flight in Guangzhou. From Port Moresby to Manila is 5 hours 25 minutes while Manila to Guangzhou will take 2 hours 30 minutes.

The flight to China will be the furthest for the Solomon Airlines Airbus A320 aircraft since joining the local fleet in February this year.

Since the COVID-19 pandemic, Solomon Airlines has been one of the SOEs hardest hit by this crisis. The local airline has continued to operate a reduced domestic schedule to all 23 destinations within the country as well as suspended international flights till 24 October, 2020.

To date, the national carrier has operated a series of international cargo-only flights and Government approved repatriation flights.

“There will also be talks for the possible repatriation of Solomon Island nationals in China wanting to come back to the country”, Beck says.

Almost 60 Solomon Island nationals are in the People’s Republic of China (PRC).

The planned flight to China on the 29th of August is purposely to transport the experts for the 2023 Pacific Games project as well as to bring medical equipment that includes PPE.

The flight was said to be chartered by the People’s Republic of China (PRC) with support from the Solomon Islands government.