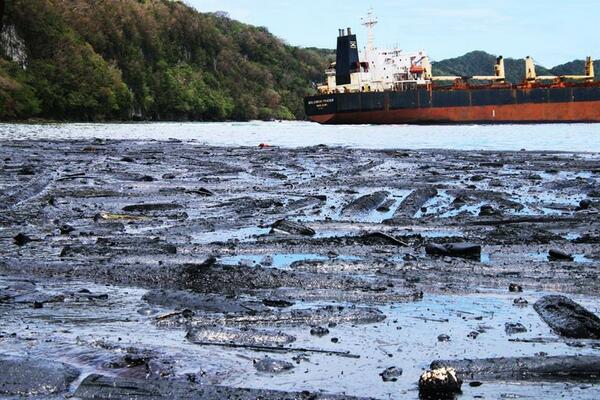 The owner of a Hong Kong bulk carrier that is spilling oil in the Solomon Islands has issued an apology over the environmental disaster.
Share
Monday, 18 March 2019 07:03 AM

Israel is offering to send five experts to the Rennell Islands in Solomon Islands who are trained to respond to pollution at sea and shore.

The MV Solomon Trader had been loading bauxite from a mine on the island in the days before Cyclone Oma pushed it aground on a coral reef, in the early hours of 5 February.

Seventy five tonnes of oil has leaked so far on the doorstep of a world heritage site on Rennell Island after grounding on a reef.

Reports suggested the damage is estimated to be over $US50 million and the Solomons caretaker Prime Minister Rick Hou has confirmed that a review of environmental and mining laws is needed to deal with such emergencies.