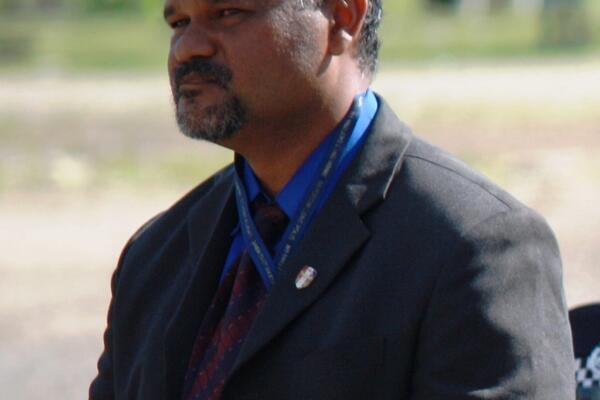 Premier Habu paid tribute to all serving officials who have contributed to the progress made and the overall performance of the province.
Source: Photo supplied
Share
Thursday, 06 June 2013 10:33 AM

The Isabel Provincial Government is increasing investment in its social sector in rural communities around the province.

Premier James Habu highlighted some of his Government’s activities during the Province’s 29th second appointed day celebrations in Buala on Monday.

The activities include injecting more than $1.2 million dollars to build a new Senior Secondary School at Garanga in the Maringe constituency.

The Provincial Government has also directly funded two clinics at Dedeu and Kilokaka in Kia-Hograno-Havulei constituency and contributed to the completion of a clinic at Vulavu in Gao-Bugotu constituency.

Two other clinics funded by the European Union at Bara and Goveo are expected to be completed later this year.

Premier Habu also highlighted and acknowledged the commitment and dedication of provincial officials for carrying out their programs in other areas such as water and sanitation, forestry and agriculture which resulted in marked improvement in the lives of rural people.

Premier Habu paid tribute to all serving officials who have contributed to the progress made and the overall performance of the province.

“It is your dedication to serve to combine resources to come up with innovative solutions at the frontline for rural service delivery that I must commend,” Premier said.

At the political front, Premier Habu said his government has strived together with serious determination to ensure that services intended for the community are efficiently provided and maintained.