Is the Target of Forty Gold Medals Too Ambitious? 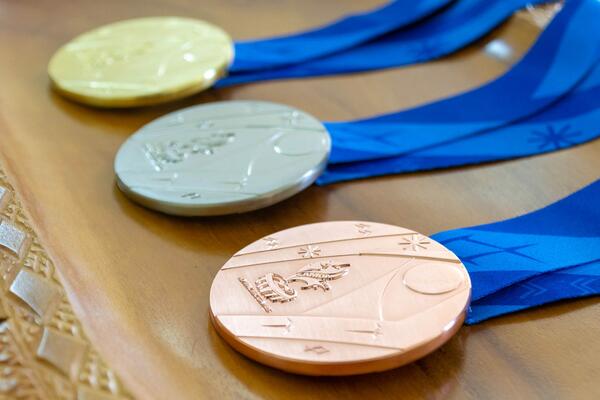 Whether the target is achievable or simply a delusion will be determined by how well we prepare for the Games.
Source: File: PDN
By Samson Sade
Share
Wednesday, 22 September 2021 09:06 AM

In July of 2019, the Chairman of the NHA Dr Jimmy Rogers told journalists that the authority has put 40 gold medals as the target for Team Solomons in the 2023 Pacific Games. He further added that Solomon Island is naturally endowed with sports men and women capable of delivering on such expectations.

The crux of his speech then was the promise that the national government is committed to backing the country’s athletes in anyway and every-way possible to achieve the target. Whether the target is achievable or simply a delusion will be determined by how well we prepare for the Games.

It is now clear that the person charged with the responsibility to achieve the target is Aaron Alsop of Australia. Mr Alsop was instrumental in helping PNG top the medal tally in the 2015 Pacific Games in Port Moresby. Unfortunately, Mr Alsop who should have taken on the job full time beginning last year 2020 was yet to be at post.

The Australian is expected to work with the country’s sport associations, athletes and coaches to prepare for the games. I assume that the delay in preparing our athletes is perhaps because of the global Covid situation and the ongoing construction of the games ‘facilities.

Whatever the reason for the delay, the fact is we are losing valuable time. The country has less than two years to prepare, we should at least encourage or organize athletes to continue with their trainings whilst waiting for training-proper under Alsop.

However, even if private trainings are encouraged, there isn’t enough space to go around. Perhaps only soccer is the only sport that has its own home and a well-established league system in the country.

No wonder Solomon Islands’ female track and field athlete Sharon Firisua is painting a grim picture of the country’s chances come 2023. Sharon mentioned that athletes have nowhere to do their trainings. She added that Honiara City Council (HCC) has allowed athletes to use Lawson Tama Stadium alongside soccer.

However, the arrangement was stopped following advice from Solomon Islands Football Federation (SIFF). Firisua said that SIFF’s action has dampened their spirit and worse still, dashed away all hopes for a medal.

This heralds a bad start for Team Solomons. Whilst other Pacific countries are seriously into their preparations for the Games, Solomon Island athletes are still competing for training space. This is not helpful for Team Solomon’s campaign.

Rather than waiting for the games’ facilities to complete, NHA must quickly find a way to get our athletes moving. Failure to do so would see the forty gold medals slipping away under our watch. Whatever happens reflects our level of preparation.