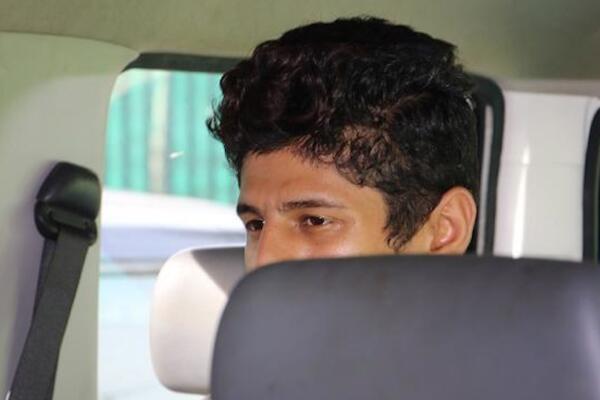 Sawari was arrested on February 3 at Jackson’s International Airport after he got deported from Fiji.
Source: Kennedy Bani/Loop PNG
By Sally Pokiton in Port Moresby
Share
Wednesday, 15 March 2017 08:02 AM

The trial against Iranian refugee Loghman Sawari, who fled Papua New Guinea to Fiji in January and sought refuge but was deported, has been deferred to March 27 at the Waigani District Court.

The trial was supposed to start yesterday. However, it was deferred because police prosecution were unable to organise witnesses in time.

With the deferral of the trial, the court told police prosecution to make copies of the state witnesses to Sawari’s lawyers next week.

Sawari’s bail of K1000 (about NZ$455) has been extended and he will continue reporting to the Waigani District Court registry.

The 21-year-old was arrested and charged for providing false information for the purpose of obtaining a Papua New Guinea passport from the PNG Immigration and Citizen Services Authority, a charge that falls under section 16 (1) of the Passport Act of 1982.

He allegedly used false identification to obtain travel documents which he used to leave PNG for Fiji.

He was arrested on February 3 at Jackson’s International Airport after he got deported from Fiji.

A summary of facts before the court says he used a passport bearing the name Junior Charles Sawari to travel to Fiji.

The passport was obtained through a consultant, Junior Aisa, who allegedly submitted the falsified information to Immigration on 8 July 2016. A fee of K1000 was paid to Aisa for this service.

That passport was released from the PNG Immigration on 2 August 2016, and collected by Aisa.

Sawari arrived in Papua New Guinea from Christmas Island in 2013 as a 17-year-old seeking asylum. He was processed in Manus and given refugee status.